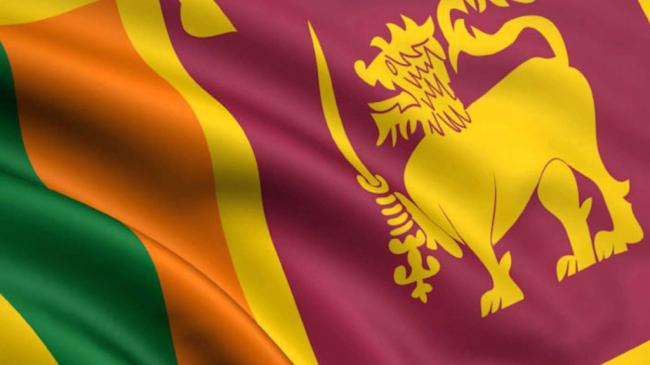 In keeping with the Government's policy to release more security forces-held lands to the civilians, the Sri Lanka Army released another 133.34 acres on December 28, 2017, in the Keppapilavu area of Mullaitivu District to the civilian Tamil owners. As of December 1, 2017, the Army had released a total of 55,510.58 acres of land in Jaffna, Kilinochchi, Mullaitivu, Mannar and Vavuniya Districts in the Northern Province, in addition to the 133.34 acres released on December 28 in Keppapilavu. As on March 1, 2016, the Army was occupying 67,427 acres of land belonging to Tamil civilians in the Northern Province. The Army commenced the gradual release of private property used by the armed forces after the conclusion of the Eelam War on May 17, 2009.

Earlier, Sri Lanka had transformed the Menik Farm Displacement Camp in Mullaitivu District into Menik Farm village, an apparel village with garment factories, as part of a new US$ 1.8 million national apparel initiative at village levels. The Displacement Camp was at one time considered the world's largest refugee camp, sheltering close to 300,000 Internally Displaced Persons (IDPs). It was closed at the end of 2012, as all IDPs had been resettled. The national apparel village project aims at setting up 150 Mini Apparel Factories across the country. 73 of the 150 factories are dedicated to conflict affected areas, including 38 in the Northern Province and 35 in the Eastern Province. On November 14, 2017, Minister of Industry and Commerce Rishad Bathiudeen addressing the opening ceremony of the first factory in the Menik Farm village, declaring, "We want these 150 factories to form their own apparel companies or cooperatives one day and share their profits among them. Reconciliation would be a distant dream without provision of livelihood to war affected families."

Meanwhile, furthering the constitution-making process, the Constitutional Assembly (CA), which was formed on March 9, 2016, to draft a new Constitution for the island nation, replacing the current Constitution adopted in 1978, had 10 meetings, so far. At the 6th to 10th meetings of the CA held on October 30, October 31, November 1, November 2 and November 8, 2017, an Interim Report of the Steering Committee set up under the CA was debated. The Interim Report was submitted to the CA by Prime Minister Ranil Wickremesinghe as Chairman of the Steering Committee on September 21, 2017, and stressed that Sri Lanka should remain one undivided and indivisible country, where maximum devolution should be granted. It argued explicitly for the inclusion of specific provisions in the Constitution to prevent secession (division of the country). The report proposed that provincial councils would be the primary unit of devolution, while local bodies had been named as the implementing agency of both the central Government and the provincial councils.

Issuing a statement following the submission of the Interim Report, R. Sampanthan, Leader of the Opposition and of the main Tamil party, the Tamil National Alliance (TNA), stated, on September 21, 2017, "The successful conclusion of this Constitution-making process on the basis of an acceptable, reasonable and substantial national consensus would bring about a firm finality to this issue. Sri Lanka would perpetually be a united undivided and indivisible country in keeping with the basic and Supreme Law of the country, and on the basis of the free will and consent of its entire people." Further, on January 3, 2018, Sampanthan added, "I have not the slightest doubt that we made the correct decision in backing Mr. Sirisena. We were sick of the Rajapaksa government which had been particularly unjust and unfair to the Tamil civilians. I have no regrets about the decision we made, though the Tamil people, and consequently those of us who represent them, expected greater performance from the government." In the keenly contested Presidential Election held on January 8, 2015, TNA supported common opposition candidate Maithripala Sirisena, leader of the New Democratic Front (NDF), which emerged victorious, securing 6,217,162 votes (51.28 per cent) against 5,768,090 votes (47.58 per cent) polled by Mahinda Rajapaksa, the incumbent President and candidate of the United People's Freedom Alliance (UPFA).

Significantly, in another step forward in Sri Lanka's path to sustained peace, and paving the way to set up the Office for Missing Persons (OMP) to trace around 20,000 people still missing eight years after the end of the nearly three-decade-long civil war, the Constitutional Council (CC) submitted the names of seven nominees for the OMP to President Maithripala Sirisena, on December 8, 2017. There were more than 100 applicants seeking to be members of the OMP, among whom the seven were selected, and their names had been sent to the President for approval. The Bill to establish the OMP was introduced on May 22, 2016, and on June 21, 2017, was passed unanimously in Parliament. On July 20, 2017, President Sirisena signed the OMP Act.

Notably, to launch a television channel to promote reconciliation, on December 20, 2017, the Cabinet approved the establishing of a "Channel of Reconciliation", a television studio complex in the Northern Province. It was decided to obtain a land plot of 100 perches (3,025 square yards) for this purpose from the Meesalei Weerasingham Central College premises in Jaffna. Sri Lanka Rupavahini Corporation has been entrusted with this project according to a Cabinet paper submitted by Finance and Mass Media Minister Mangala Samaraweera. Further, underlining the Government's commitment to resolve the ethnic issue, Prime Minister Wickremesinghe, while addressing a ceremony to distribute title deeds under the theme 'Our house in our land,' at Hatton Dunbar Grounds in Nuwara Eliya District noted, "The war is over, and the people elected Maithripala Sirisena as the President in January 2015 with a mandate to rebuild the country. But there is no development without peace. We as Sri Lankans have to unite as one. The Tamil National Alliance (TNA) has come forward for peace building for the first time. They wanted a political solution for their demands."

Similarly, President Sirisena, addressing the Religious Coexistence Convention held at the Bandaranaike Memorial International Conference Hall (BMICH) in Colombo on December 12, 2017, observed, "Today, we are gathered here because deep down we know that we have a problem in this country. The ethnic and religious conflicts in this country resulted in a 30-year war. The war was ended through a military solution. Our Forces were able to defeat a separatist terrorist organization but we have not managed to defeat the beliefs that led to it. We all know that ideas and beliefs cannot be defeated with arms. It can only be replaced with a better, more positive belief. I strongly believe that our local temples and religious institutions do not preach conflict. The religious leaders always try to direct the people in the right direction. All philosophies, be it Buddhism, Islam, Hinduism and Christianity, strive try to correct society."

Nevertheless, the assault of international organizations against the Sri Lanka Government continues. Human Rights Watch (HRW) Geneva Director John Fisher on November 15, 2017, urged the United Nations (UN) members to insist that Sri Lanka adopt an action plan and timeline to implement Geneva proposals as promised to theUnited Nations Human Rights Council (UNHRC) Resolution adopted in October 2015, and argued, "The Sirisena government made key pledges at the United Nations Human Rights Council in October 2015 to ensure justice, accountability, and security sector reform. The failure of the government to fulfill most of these promises has brought its commitment to reform into question and dashed hopes of victims and affected communities. Sri Lanka is in danger of not just standing still on rights, but backtracking on essential reforms. UN members need to look beyond the increasingly hollow promises of reform, and insist that the government present an action plan and timeline for honoring its commitments." Similarly, the three-member United Nations (UN) Working Group on Arbitrary Detention comprising José Antonio Guevara Bermúdez, Leigh Toomey and Elina Steinerte who visited Sri Lanka from December 4-15, 2017, to assess the country' situation regarding the deprivation of liberty, on December 15, 2017, urged the Government to introduce urgent reforms to the 'outdated' legal framework to end arbitrary detention in the country. The delegation identified significant challenges to the enjoyment of the right to personal liberty in Sri Lanka, resulting in arbitrary detention across the country.

Through 2017, the National Unity Government (NUG) has made remarkable efforts to press forward the reconciliation process by reaching out to the Tamils and initiating constitutional and legal reforms. It has furthered the much-awaited Constitution-making process by debating the Interim Report of the CA Steering Committee in Parliament. It has also passed enabling legislation to establish the OMP to help find the missing persons of the war era. Colombo's record on these parameters compares favorably with almost any other post-conflict society in the world, and certainly improves on the conduct of Western expeditionary forces in various theatres of strife across the world. But unrealistic expectations and criteria that are not applied to a multiplicity of conflicts - both current and past - are being imposed on Sri Lanka by elements within the international community. These are contaminating the discourse within the country, deepening polarization between the communities, and obstructing the process of reconciliation, rather than contributing in any constructive measure to a peaceful resolution.