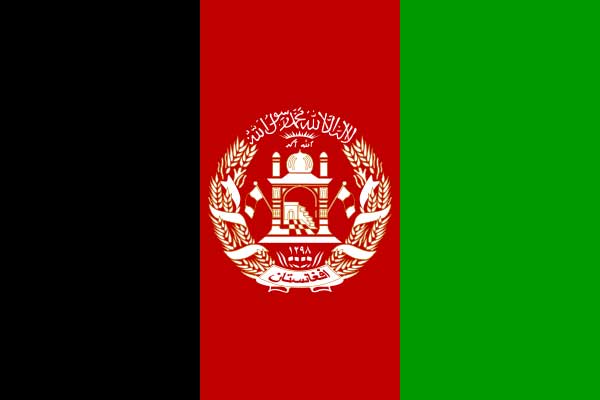 S. Binodkumar Singh Research Associate, Institute for Conflict Management | | 19 Aug 2017, 05:36 pm
#Darkening Horizons
On August 5, 2017, the Taliban and Islamic State (IS, formerly, Islamic State of Iraq and al Sham, also Daesh) jointly massacred 50 men, women and children in the remote Mirzawalang village of Sayad District in northern Sar-e-Pul Province. The majority of those killed were Shias. Most were shot but some were beheaded.

On August 1, 2017, a suicide bomber stormed into the largest Shiite mosque, the Jawadia Mosque, opening fire on worshippers before blowing himself up, killing 29 people and wounding another 64 in Heart, the capital city of Herat Province. The attack was later claimed by IS.

On Jul 24 2017, 24 civilians were killed and 42 were wounded when a suicide bomber blew himself up in Kabul city. The Taliban claimed responsibility for the deadly bombing.

On July 1, 2017, Taliban insurgents killed 13 people in an attack on a mosque in the Chemtal District of Balkh Province.

On June 22, 2017, 38 people were killed and 60 were wounded when a car bomb exploded close to the Kabul Bank branch in Lashkargah city, the provincial capital of the Helmand Province.

On 31 May, 2107, in the deadliest incident documented since 2001, 180 civilians were killed and nearly 500 were injured in a truck bomb attack in Kabul city.

The United Nations Assistance Mission in Afghanistan (UNAMA) in its Mid-year Report released on July 17, 2017, shows a two per cent increase in civilian deaths between January 1 and June 30, 2017, as compared to the same period last year. According to the report, a total of 1,662 civilian deaths were confirmed between January 1 and June 30, 2017. UNAMA emphasized that extreme harm to civilians continued amidst a worsening toll from suicide attacks, with greater impact on women and children. According to partial data compiled by the South Asia Terrorism Portal (SATP), another 154 civilians have been killed across Afghanistan since July 1, 2017, (data till August 13, 2017).

Meanwhile, the office of the Special Inspector General for Afghanistan Reconstruction (SIGAR) in its most recent quarterly report based on data provided by United States Forces-Afghanistan (USFOR-A) and Resolute Support, the North Atlantic Treaty Organization (NATO)'s mission in Afghanistan, on July 30, 2017, asserted that the Afghan Government continues to cede "less vital areas" in order to "prevent defeat." According to the report, the Taliban continues to control 11 Districts and influences 34 of Afghanistan's 407 Districts (11 percent), while the Afghan Government controls 97 Districts and influences 146 (60 percent). Twenty-nine percent of Afghanistan's Districts remain contested. According to SIGAR, Kunduz Province has the largest percentage of Districts under Taliban control or influence (five of seven). Uruzgan (four of six Taliban controlled or influenced) and Helmand (nine of 14) round out the top three.

The current authorized strength of Afghan National Defense Security Force (ANDSF) is insufficient, at 352,000, including 195,000 Afghan National Army (ANA) and 157,000 Afghan National Police (ANP). Moreover, corruption in general has hampered successes of the ANDSF missions in their fight against insurgents. Addressing the first ever conference on the Government's campaign against endemic corruption in security agencies, on August 8, 2017, President Ashraf Ghani declared that no one, including him, would interfere in appointments within security organizations. Similarly, Chief Executive Officer (CEO) Abdullah Abdullah stated, at the same conference, "The sale of equipment and weapons is shocking. The law should be enforced equally on all. If any neglect occurs, be sure the people will think the law has been abused."

Having gained strength over the last one year with the integration of several al Qaeda affiliates, the Taliban show no willingness to enter into negotiations with the Afghan Government. The Analytical Support and Sanctions Monitoring Team of the United Nations Security Council (UNSC) in its latest report on July 6, 2017, noted, "Despite several regional and international efforts, the Taliban continue to be reticent and currently do not demonstrate a willingness to enter into negotiations with the Government of Afghanistan." The report further alleged that the Taliban continued to benefit from safe havens in the Afghanistan-Pakistan border area, which enables their fighters to rest and recuperate.

Earlier, a June 2017 US Department of Defense Report asserted, "Afghan oriented militant groups, including the Taliban and Haqqani Network, retain freedom of action inside Pakistani territory and benefit from support from elements of the Pakistani Government. Although Pakistani military operations have disrupted some militant sanctuaries, certain extremist groups such as the Taliban and the Haqqani Network were able to relocate and continue to operate in and from Pakistan."

Further, unveiling the role of Pakistani Islamists in Afghanistan, Esmatullah, an insurgent belonging to the Punjab Province of Pakistan, arrested in the southeastern Paktia Province of Afghanistan, confessed on August 8, 2017, that he was attracted to insurgent groups and was trained by Lashkar-e Jhangvi (LeJ), Sipah-e-Sahaba Pakistan (SSP), and Jaish-e-Mohammad (JeM), all Pakistani terrorist formations. According to Esmatullah, the Islamist leaders, Mawlavi Sahak of LeJ, Mawlavi Iqbl of SSP and Dr. Shukor of JeM were luring volunteers to terrorist camps under the name of jihad, claiming that Muslims were being cruelly suppressed in Afghanistan, and their lives, properties, and dignity were at risk.

Meanwhile, Political fractures continue to weaken the National Unity Government (NUG) as the Taliban insurgency expands and the IS strengthens its foothold. Indeed, parliamentary and council elections have been a headache ever since a disputed 2014presidential vote that saw the creation of the NUG led by former rivals President Ashraf Ghani and CEO Abdullah Abdullah. There have been disagreements between the Ghani and Abdullah camps and issues around voter registration, electoral fraud and security. Further, on July 1, 2017, leaders from three mainstream Afghan political parties, including Jamiat-e-Islami, Hizb-e-Wahdat-e-Islami and Junbish-e-Milli agreed to form a new coalition. Jamiat-e-Islami, led by Acting Minister of Foreign Affairs Salahuddin Rabbani, has been one of the main critics of President Ashraf Ghani, alongside Junbish-e-Milli and Hizb-e-Wahdat-e-Islami which are, respectively, led by the first Vice President General Abdul Rashid Dostum and Second Deputy of the CEO, Mohammad Mohaqiq. The formation of the political front has attracted mixed reactions from the Government, political parties and leaders.

As the war gets worse and most foreign troops are long gone, the combination of unending violence and lack of economic opportunity has displaced many Afghans. OnAugust 3, 2017, Sayed Hussain Alami Balkhi, Minister of Refugees and Repatriation, stated, during a Press Conference in Herat city, that about 27,000 families or 153,000 people had been displaced across the country due to the war and insecurity since the beginning of 2017, until August. In 2016, more than 660,600 civilians fled their villages and homes. The recent attacks on civilians added to decades of armed conflict and insecurity, have taken their toll on the population's mental health. Health experts have voiced concern about the high prevalence of mental health conditions among Afghans, and the lack of community-based mental health services for those with psychosocial disabilities.

Out of people's growing frustration with the NUG, a civil movement called 'Uprising for Change' was born in Afghanistan. The movement was established in the wake of a string of security incidents in Kabul, especially the May 31, 2017, truck bombing that killed 180 people. On June 1, 2017, the Joint Working Group of Civil Society Organizations, an umbrella for around 25 organizations, came together in Kabul. On June 2, 2017, hundreds of protestors from different groups and affiliations marched in Kabul. They condemned the attack and accused the Government of failing to provide security for the population. On June 3, 2017, a statement was issued by the protestors demanding that the international community recognize the May 31 bombing as a crime against humanity and act firmly against local and foreign supporters of terrorism. It also demanded the resignation of the President and the CEO, the dismissal of the National Security Adviser, the head of the Intelligence and the Minister of Interior. Once again, on July 27, 2017, members and supporters of the 'Uprising for Change' movement took to the streets of Kabul to protest against the Government demanding the resignation of Government leaders and key security officials. They asked the international community, specifically the United Nations to intervene and prevent Government leaders from taking extrajudicial steps, accusing them of seizing power by force.

Rising insurgency and a fraught political transition are exacerbating an already pervasive sense of insecurity about Afghanistan's future. Meanwhile, the initiation of a new social movement in the country may be more vulnerable to various forms of manipulation from the old and resourceful mujahedeen parties, as well as the experienced opportunism of the political class. An alarming situation appears primed to get worse.