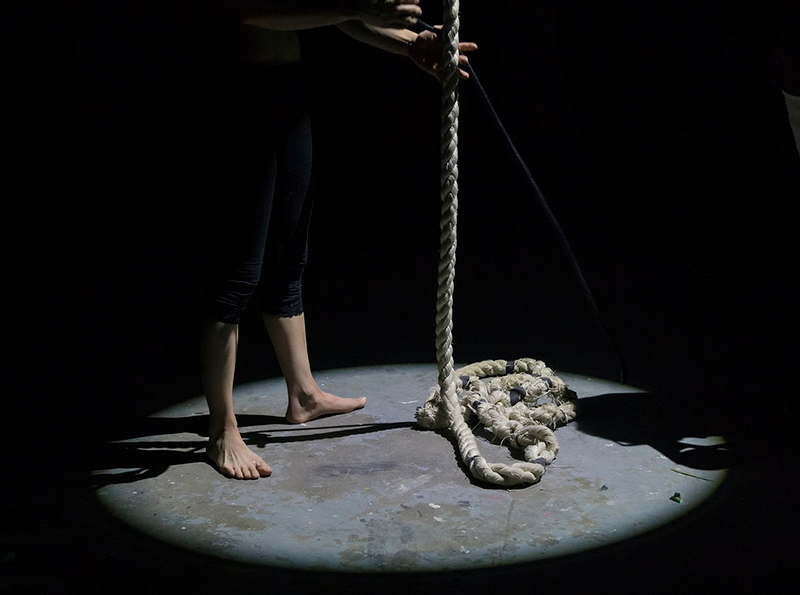 Suicides in India: A Silent Killer

In 2003, 10th September was chosen to be celebrated as World Suicide Prevention Day (WSPD). In collaboration with World Health Organization (WHO), the International Association for Suicide Prevention (IASP) uses this day to create awareness that suicide leading to premature deaths can be prevented. This article aims to present the overall picture relating to suicides happening in India.

Suicide is a serious public health problem that can negatively affect individuals, families, and communities. Every year, thousands of people commit suicide in India, but this has still been an overlooked problem. According to the data reported by the National Crime Records Bureau (NCRB), the rate of suicides was 12.0 during the year 2021.

Trends also show an upward slope in the case of suicides reported from 2016-2021, with an overall increment of 25.2 percent. 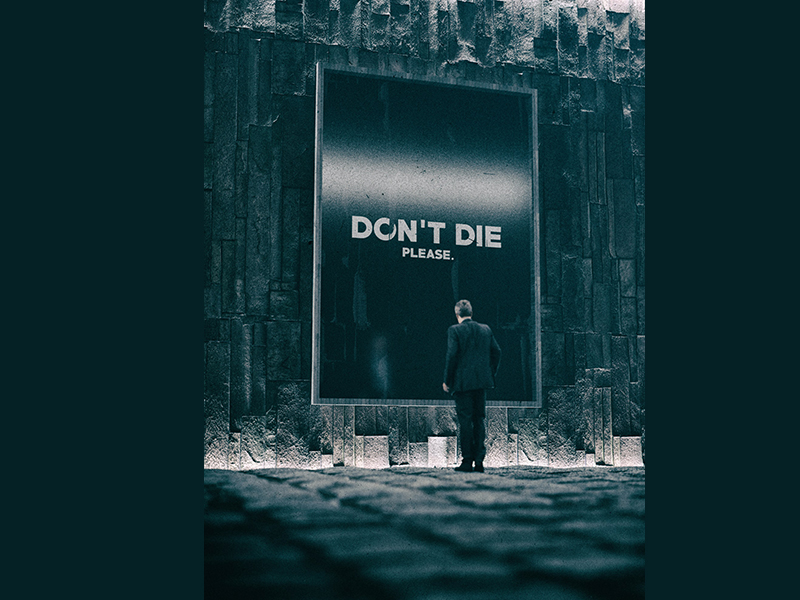 The most vulnerable group

NCRB data shows most vulnerable age group to fall into the trap of suicide is 18 to 45 years. The 18-30 and 30 to below 45 years were the most vulnerable groups, accounting for 34.5 percent and 31.7 percent of suicides, respectively. 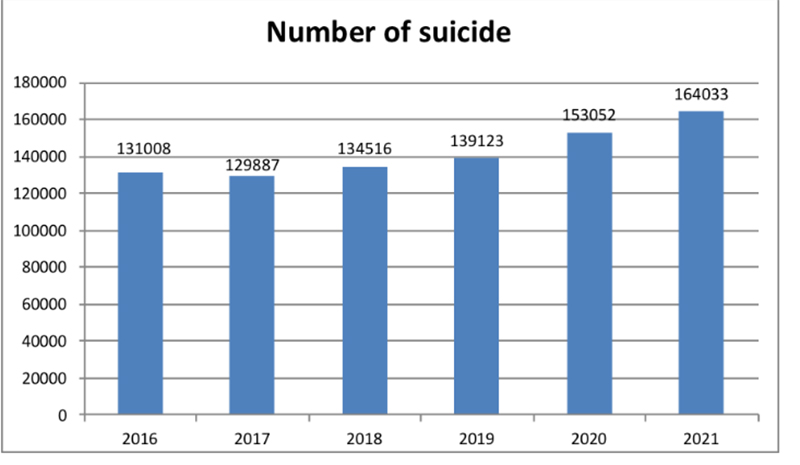 11 reasons are included in the report Accidental Deaths & Suicides in India published by NCRB to assess the causes of suicides in India. It reveals that the primary reason contributing to suicides in the country during 2016-21 is family problems and illness, which contributed 33.2 and 18.6 percent in 2021. Other causes such as drug abuse/addiction, marriage-related issues, love affairs, bankruptcy or indebtedness, unemployment, failure in the examination, professional and career problems, poverty and property dispute are also contributing to the suicides in India.

Role of COVID-19 in the rising number of suicides

The National Center for Biotechnology Information (NCBI) study found that COVID-related suicide (CRS) reports increased throughout the lockdown period. NCBI explained it as a healthy person visiting the doctor with fever and cold symptoms, and he is given drugs or a COVID-19 test and placed in isolation or quarantine. He then encounters avoidance, stigma, and prejudice from those around him, experiences extreme stress and commits suicide due to a feeling of helplessness or to protect his loved ones from infection. 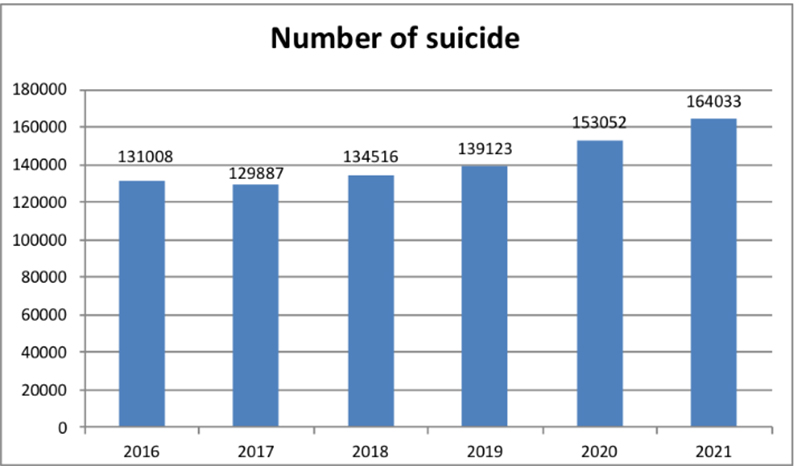 According to psychiatrist Dr Harish Shetty, the statistics have never increased by such a significant percentage. The total number of suicides has only slightly increased in the past by three to four percent, but last year, as a result of COVID-19, it rose by 10 percent, which is significant.

According to a police officer, the epidemic significantly influenced daily wage earners' livelihoods. It caused nearly all of them to commit suicide because they had lost their jobs.

In India, an alarming number of people are suiciding, but it can be prevented with well-timed, evidence-based, and low-cost interventions (WHO).

The cause of suicide is multidimensional; hence its preventive measures need to be multidimensional to neutralise the motivation to commit suicide. All know that all things are interrelated, and a careful assessment of social factors contributing to the problem is required. Such as reducing alcohol consumption, unemployment, poverty, and domestic violence and improving social justice and social inequalities are essential to reducing the suicide rate in India.

Effective suicide prevention measures include a bolstered system for quality data on suicides (attempted and fatalities) from vital registries, hospital-based systems, and other surveys for developing policies and their subsequent monitoring. Prevention measures are reinforced by increased life-skill training and counselling in schools, workplaces, etc.

(The writer is an Academic Associate, IIM Ahmedabad, a business school located in Ahmedabad, Gujarat, India. The view expressed in the article is of the writer and not TWF)