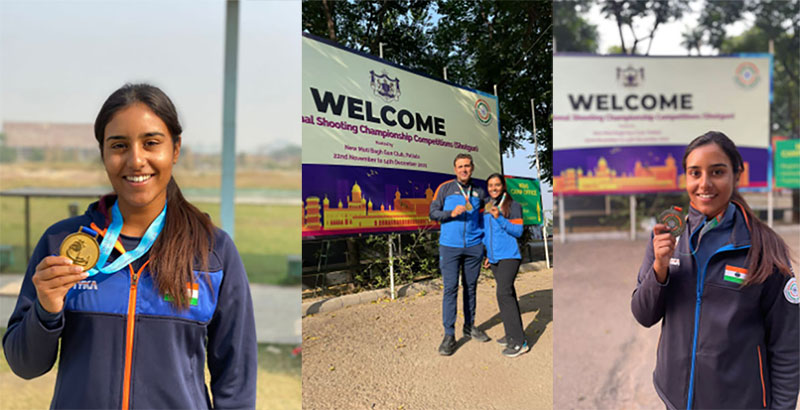 Areeba Khan, a 20-year-old student of Aligarh Muslim University, breaks the image of AMU girls that are often portrayed in the media as burqa-clad conservative women. In fact, she breaks the image of average Indian girls who are considered to be diffident and unfit for uncommon sports like shooting. Areeba today is the number two-ranked shooter of India, writes Dr. Shujaat Ali Quadri

Born in Dodhpur locality of Aligarh into an Alig family, Areeba Khan, who is now India's number two ranked shooter, was encouraged to take part in sports activities from her childhood. Her father Khalid Khan was a national-level shooter and her elder brother Umer Khan has been part of the Indian shooting team.

“Since shooters were in her immediate family, it was natural for Areeba to develop a fascination for this sport. She started taking part in formal shooting competitions at the age 13 in 2013,” says her father Khalid Khan.

Areeba impressed everyone with her stellar debut in the UP State championship and won three gold medals in skeet shotgun events. She later participated in the North Zone championship in Delhi and won a silver medal in the junior trap event for women.

In the same year, she took part in the national Shotgun Shooting Championship in Delhi and was honoured with the renowned Shooter of India rank and thus she became part of the national squad at a very young age. 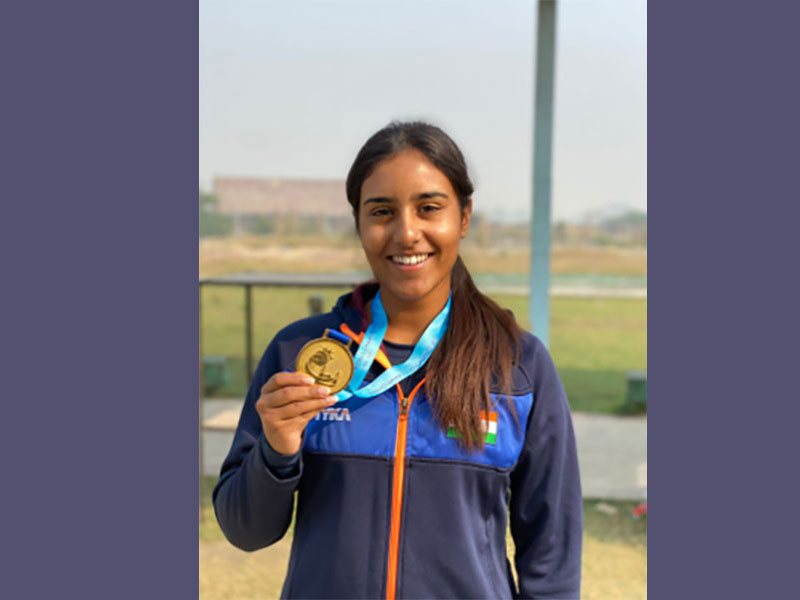 In 2017, she got a chance to participate in her maiden foreign event in Suhl, Germany. Later that year, she won a gold medal in the International Shotgun Cup held in Orimattila, Finland. Since then her rise as a shooter star continues. Her oeuvre boasts of a number of medals in national and international events.

In 2019, she was ranked as number 1 shooter of India in women category and currently holds 2nd position in the same ranking.

"Areeba missed her Tokyo Olympic chance by a whisker. For an Olympic qualification, a shooter has to attain a top 6 quota position and she unfortunately couldn’t come in top 6," Khalid Khan says.

“But, now she is determined to qualify for the Paris Games to be held 2024 and is preparing for them with extra vigour and dedication,” he told Times Headline.

Does being in a small-town like Aligarh, hailing from a Muslim family and studying in AMU create some hurdles for her? Her father says it’s wrong to judge people from Aligarh, AMU and Muslim community through certain lens.

“Our family, like many families in Aligarh, has always been supportive of women taking part in every walk of life, be it sports or other fields. Even my grandmother was a horse rider in her younger days,” he says.

He hopes that once Areeba will achieve more, she will inspire more girls to adopt sports as their passion and career.