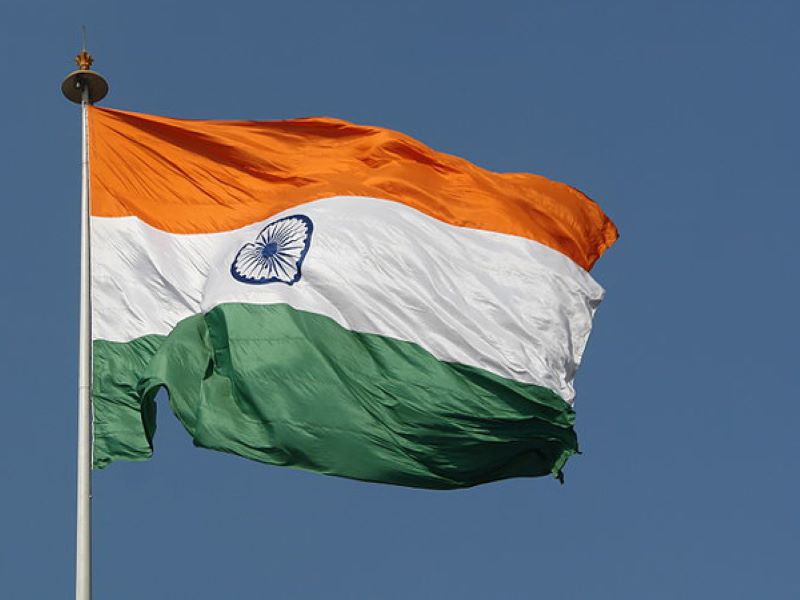 ITC’s fruit juice and beverage brand B Natural released an anthem in the honour of Indian farmers, recognising their "daily hard work, perseverance and dedication which ensures food availability to millions of Indian households",  especially when India is grappling to cope with the coronavirus situation and months of lockdown. 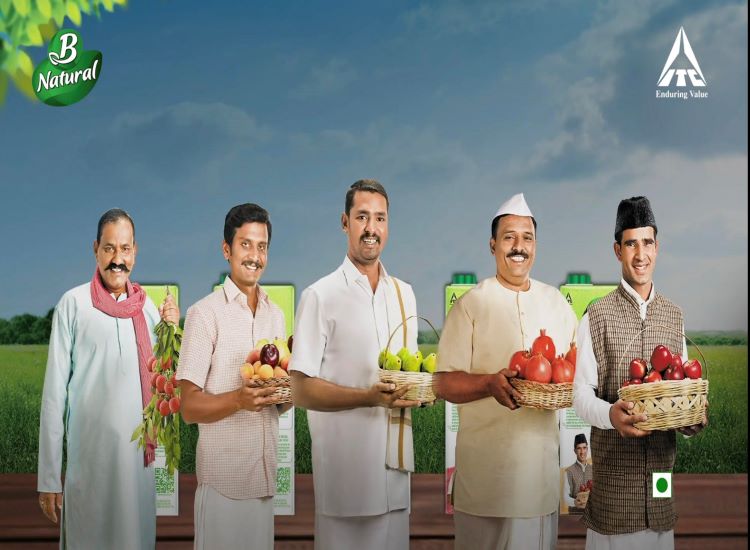 Sanjay Singal, ITC Ltd's Chief Operating Officer of Dairy and Beverages, said, "Fruits and fruit based beverages occupy a significant place in the consumer’s daily diet...The consistent food availability to the nation even during these trying times is a testimony of our farmers’ unwavering commitment which lays strong foundations for a self-reliant India. Our small tribute through the special song is dedicated to such farmer brave hearts of our nation.”

B Natural claims to source all its fruits from Indian farmers with zero concentrates in the portfolio.

"We at B Natural felt it is our onus to inform consumers on how their thoughtful purchasing decisions can empower Indian farmers, overcome their varied and situational adversities," added Singhal.


Taking a different approach to the Independence Day celebration, Godrej launched a film titled, ‘The Box that Unboxed India’  which showcased the intertwined journey of Godrej played in India’s first democratic elections held  in 1952 by making 1.2 million ballot boxes for the voters.


Marking the occasion, Tanya Dubash, Executive Director and Chief Brand Officer, Godrej Group said, “The story of the Godrej Group is the story of Independent India. It is a symbiotic relationship. Just as Independence gave wings to our aspirations, so too have the businesses we have built up over the decades helped ignite the dreams of a nation. To be able to play a role in unleashing the potential of a country of over a billion people is a privilege.

"As ever, acting sustainably and responsibly, we remain committed to helping India scale new heights. We are determined to do our bit in driving India’s transformation into a fully self-reliant nation,” she added.

Established in 1897, Godrej has many firsts to its credit, including India's first lock with lever technology, first soap made with vegetable oil that was an instant hit with vegetarians and India's first indigenous typewriter.

Anu Joseph, Chief Creative Officer, Creativeland Asia, said, “It is quite amazing to see how Godrej's history is inextricably intertwined with India's history. This film tries to capture what it meant to Godrej and to India when the ballot boxes for India's first elections were made, and everything else that this historic event unboxed." 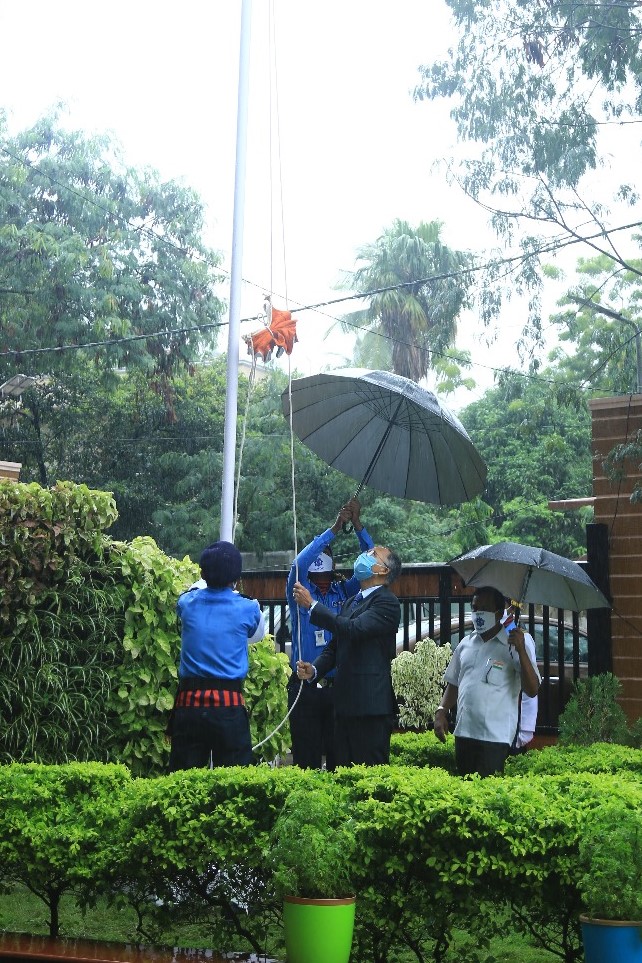 The Indian tricolour was hoisted while maintaining the Ministry of Health and Family welfare guidelines of social distancing and other hygiene standards.

On this occasion Sumit Deb, CMD, NMDC said, “Let us value the freedom that was the result of umpteen sacrifices of thousands of Indians and salute each of the brave men and women who fought for the country.”

Later, he urged all NMDC employees to focus efforts on achieving the vision of AtmaNirbhar Bharat, aligning them with Prime Minister Narendra Modi’s objective of a self-reliant India. 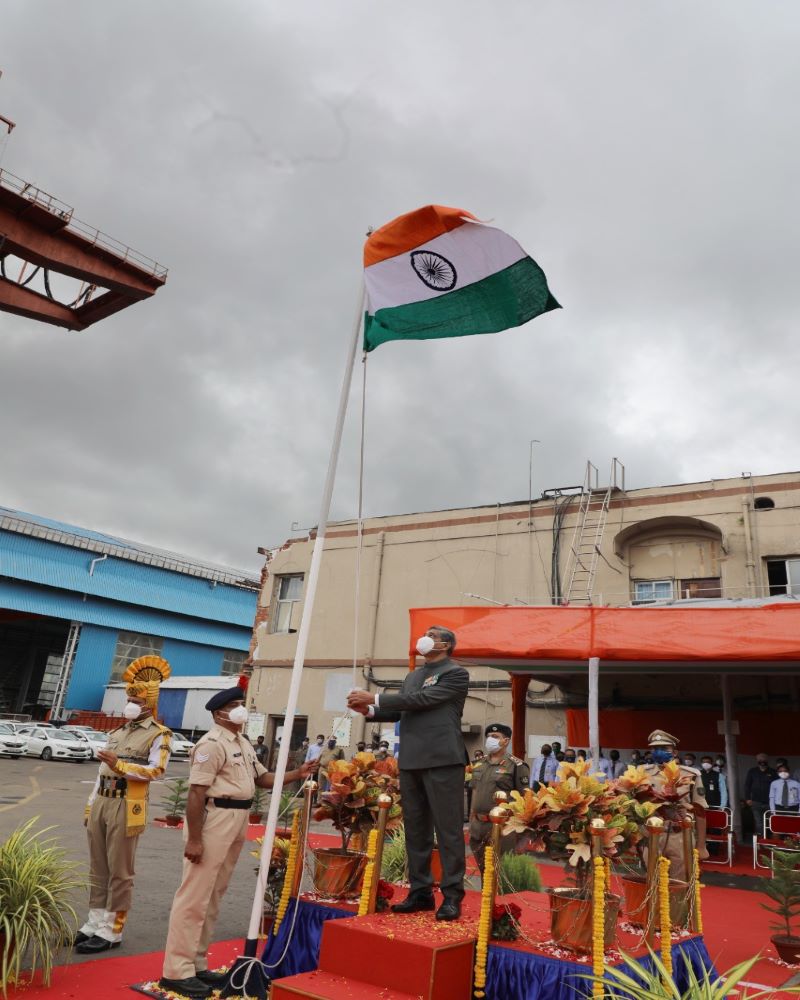 GRSE has contributed significantly to the maritime security and development of our country.

It is the first shipyard in the country to deliver 105 warships to Indian Navy, Indian Coast Guard and Mauritius Coast Guard since its inception in 1960.

Moving forward with the Atmanirbhar Mission, GRSE has recently added to it’s capacity, a State-of-the-Art Modern Hull Block Complex and Indigenous Underwater CNC Plasma Cutting Facilitywhich were virtually inaugurated by Defence Minister Rajnath Singh at the RBD Unit of GRSE to augment the existing infrastructure at the Main Unit of the shipyard, thus a step towards concurrent construction of 24 ships from the existing capacity of 20ships.

These facilities will enable GRSE in executing its ongoing prestigious warship projects including Stealth Frigates of Project P17A, Survey Vessels(Large) and ASWSWCs for the Indian Navy which comprises a total of 15 warships.

GRSE is the only Defence Shipyard to have diversified into Engineering Business with a product profile of Pre-Fabricated Steel Bridges, Marine Diesel Engines and Deck MachineryItems.Bailey Bridge Unit of the shipyard is engaged in designing, developing and installing bailey bridges to far flung areas & terrains in India and abroad having delivered over 5300 Bailey Bridges to Indian Army, BRO, Central and State PWDs and to friendly foreign countries like Bhutan, Nepal, Sri Lanka and Myanmar.

As a part of Atmanirbhar Bharat Week celebration, GRSE also launched a “First of its Kind” Portable Pedestrian (Assault) Bridge which was virtually inaugurated by Defence Minister Rajnath Singh at 61 Park Unit, GRSE.

The salient features and advantages of this assault bridge is that it has a weight of 336 kg only. The bridge is Man – Portable and reusable using Crew of 10-12. This Assault Bridge will be an ideal solution for Forward Areas and Disaster Relief Management.