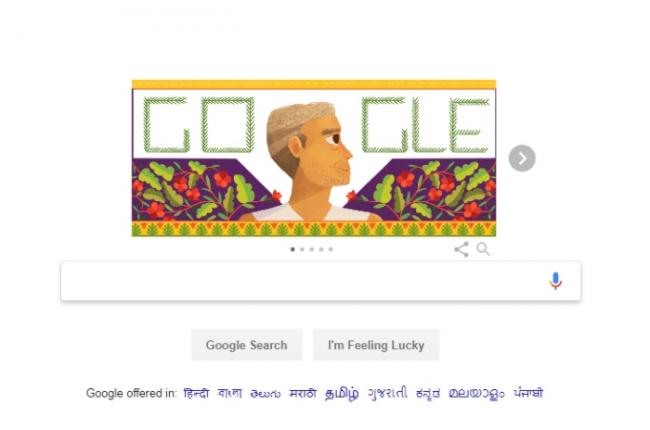 He is affectionately called Baba Amte.

As per Google post: "On this day in 1914, Amte was born into a  wealthy family in Maharashtra, India. Exposed early on to a life of privilege, he would hunt wild animals, play sports, and drive luxurious cars. He went on to study law and  was running his own successful firm by his 20s. Despite his upbringing however, Amte was aware of India’s class inequalities throughout his childhood."

"By his 30s, Amte left his practice in order to work alongside the underprivileged. As he set off on his mission, he met Indu Ghuleshastri, whose kindness to an elderly servant touched Amte, and the two married soon after," it said.

Amte’s life was changed forever when he encountered a man suffering from leprosy. The sight of the man’s decaying body filled him with overwhelming fear. Confronting that fear, Amte identified the state of “mental leprosy” that allowed people to feel apathetic in the face of this dreaded affliction. He said that the most frightening disease is not losing one’s limbs, but losing one’s strength to feel kindness and compassion.

Dedicating his life to the cause, Amte defied the social stigmas faced by leprosy patients by injecting himself with bacilli to prove that the disease was not highly contagious. in 1949 he established Anandwan—meaning “Forest of Bliss”—a self-sufficient village and rehabilitation center for leprosy patients, said the post.

In recognition of Amte’s tireless work, he went on to win the 1971 Padma Shri Award, the 1988 United Nations Prize in the Field of Human Rights, and the 1999 Gandhi Peace Prize.