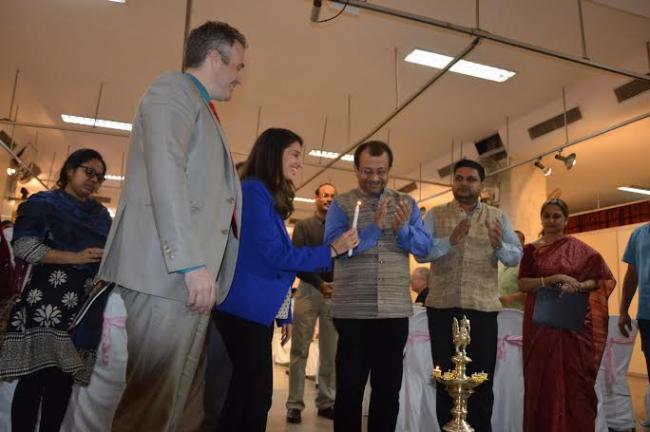 'Kindred Nations', a testament to the Indo-US bond

Jayanta Sengupta, Director of the Indian Museum, said, "It is a privilege and honour to exhibit it here in Indian Museum. It is a great opportunity for people of this city to revisit history." Cory Wilcox, acting US Consul General, stressing on the US-India bond, said, "American people and Indian people have so much in common. The two countries are working together towards making this world a better place." Wilcox also spoke about the culture and ethnicity that the two countries possess.  Dubbing it a "common ground", he said, "The US and India have also things common in fields of education and medicine. Thousands of students travel to either countries to pursue academics. From civil rights to independence, we have a lot in common." "The exhibit is a testament to the profound ties the two countries share," Wilcox said. Lindsay Amini, Director of Cultural Programs of the Meridian International Center, who is also overseeing the exhibit, spoke at length about the selection process. "We had almost 1000 entries and it was hard for us to finally zero down to the 60 we have displayed here for you to see." Going about each photograph, she explained the history behind each. The exhibit, orbiting around 1783-1947, contains still from Smami Vivekananda's visit to the US, Tagore's meeting with Helen Keller and of the late Hollywood actress Merle Oberon, who reportedly studied for a few years in Kolkata. The exhibit, on it's fourth stop after Delhi, Mumbai and Chennai, will be on till Dec 31. (Reporting by Sudipto Maity)