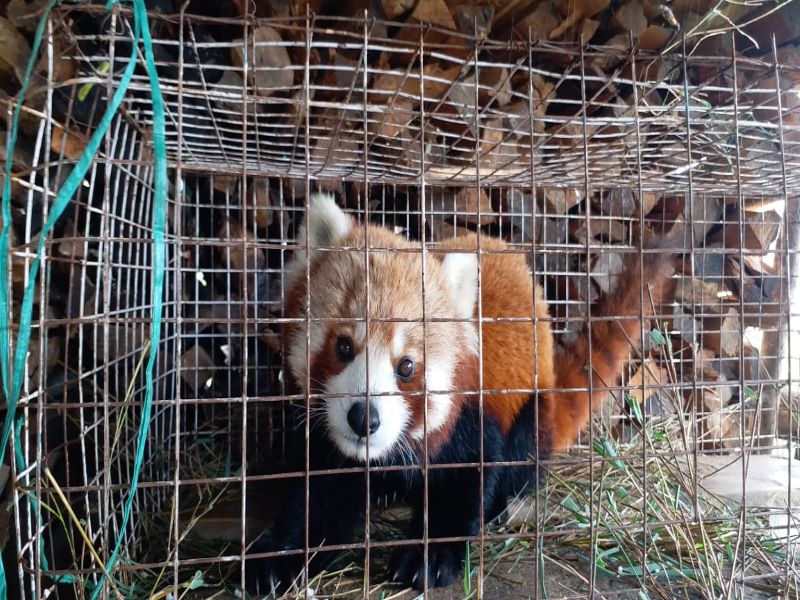 Rescued red panda released back into its natural habitat

Itanagar/UNI: A red panda which was rescued recently from downstream of Yargyap-Chu river in Mechuka sub-division under Shi-Yomi district of Arunachal Pradesh, has been released back into its natural habitat by the forest officials and administration on Saturday.

Reportedly, Tony Mosing and Takar Kotin Mosu of Mechuka town spotted the exotic animal which was weak and clinging on to a log in the river.

The duo rescued the red panda and handed it over to the Forest Department under Tanga Murtem, RFO Mechuka, who decided to release/rehabilitate the animal in its natural habitat.

This is the first documented case of a red panda in Shi-Yomi though claims of sighting of animals have been made several times earlier.

The samaritans who rescued the animal were handed over with cash awards as a token of appreciation by the department of environment and forests.

“I personally congratulate and commend young RFO and his team and CO Mechuka for their commendable initiative to release the endangered species back into its natural habitat,” Sona said.

Happy to learn that an extremely charming Red Panda has been rescued and is being released back into the jungle in Mechukha by the Forest Officials and Administration. The exotic animal which had mistakenly strayed into the human settlement was rescued by a local. #redpanda pic.twitter.com/g2XGGlop7u

The Speaker also appreciated the rescuers duo and exuded hope that their noble act will inspire others to do the same.

He further appealed to the public not to kill wild animals and protect the ecosystem.