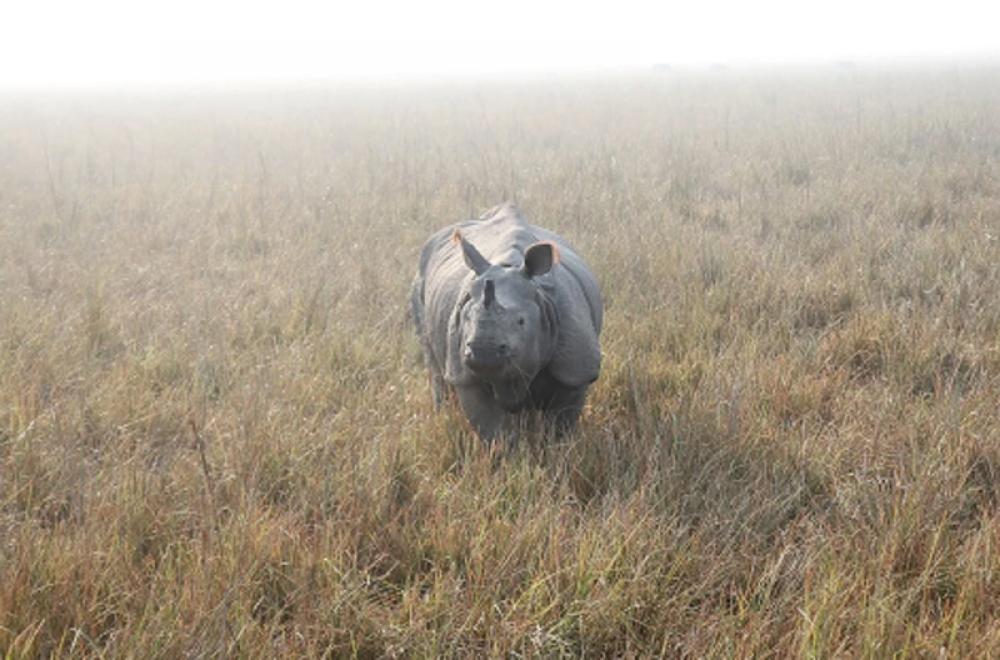 Nepal’s famous one-horned rhino census was temporarily stopped yet again after a mahout involved in the counting was killed by a Royal Bengal tiger.

The rhino census was halted following Sunday’s incident in Bardiya National Park. On Friday, the count was also stalled in Chitwan after a wild elephant attacked and injured the enumerators.

Policeram Tharu, 31, a mahout involved in the rhino count, was attacked by the tiger at Gaidamachan inside the core area of the park, officials told the Kathmandu Post.

Bishnu Prasad Shrestha, chief conservation of the park, said the incident happened while Tharu was cutting grass for his elephant.

“Once the daily counting of rhinos is completed, elephants are rested. Mahouts usually collect grass during this time or they take their elephants out for grazing,” said Shrestha. “Tharu was attacked while he was cutting grass for his elephant.”

Tharu’s body was recovered at around 8 pm, nearly three hours after the incident. He was the tenth victim of tiger attack in Bardiya this fiscal year.

Officials said Sunday’s case is the first in which a rhino census team member was killed in the line of duty.

“Tiger numbers in Bardiya National Park has increased lately. This could also be one of the reasons behind increasing tiger attacks,” said Haribhadra Acharya, a spokesperson with the Department of National Park and Wildlife Conservation. “The recent incident has shown that everyone should be alert and follow precautions while being around and inside the park.”

The latest death has led the park authorities to suspend all tourism activities around the park area for a day. The ongoing rhino census was also halted for two days - until Tuesday.

The nationwide counting of one-horned rhinos began in Bardiya National Park on March 31.

“Elephants are used for rhino counting. Since Sunday’s incident also involved a staff member who was part of the census, we have decided to not conduct counting on Monday and Tuesday,” said Shrestha. “We will resume counting from Wednesday.”

The park had mobilised 60 wildlife technicians and officials and ten elephants for the rhino count, the newspaper said.

The Bardiya National Park, which hosts 29 one-horned rhinos as per the census of 2015, has planned to complete counting within two weeks. The government has planned to release the result of the rhino census in the third week of this month.

“The third week of April is our target. If counting teams face frequent disturbances, like in Chitwan and Bardiya, the date of unveiling the findings could change,” said Acharya.

The Bardiya National Park is one of the most pristine conservation areas in the Tarai region of Nepal and is home to the endangered Royal Bengal tiger and Nepal's famous one-horned rhinoceros besides countless other mammals and reptiles.