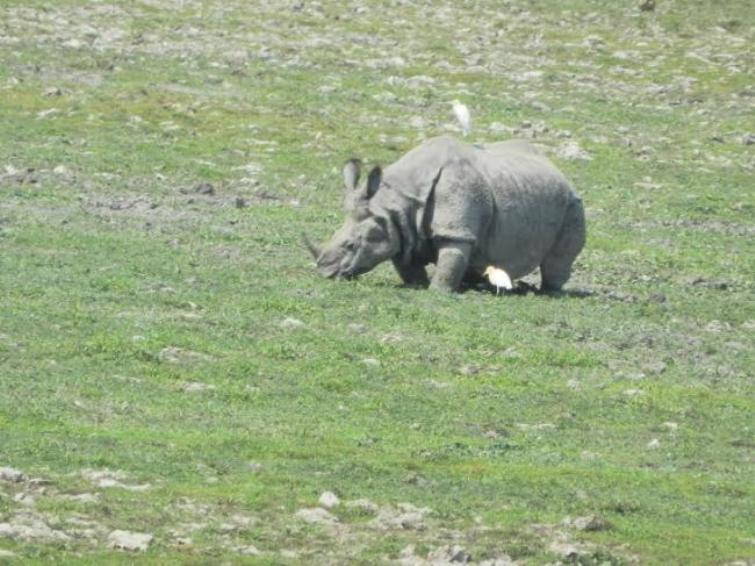 Assam: Stray out rhino from Kaziranga creates panic among villagers in Biswanath

The rhino has strayed out from the Kaziranga National Park and created panic in several villages in the northern Assam district.

Villagers spotted first the rhino at Maralgaon area and tried to run away the big animal.

Later, the forest department personnel had managed to run away the rhino to the national park area with the help of local villagers.

A local villager said that the rhino created panic among the villagers.

“Later the forest department personnel had managed to run away the rhino from Nirolabasti chapori area to Kaziranga,” the local villager said.

Assam is a home to the largest population of greater-one horned rhinos, with more 2600 rhinos.