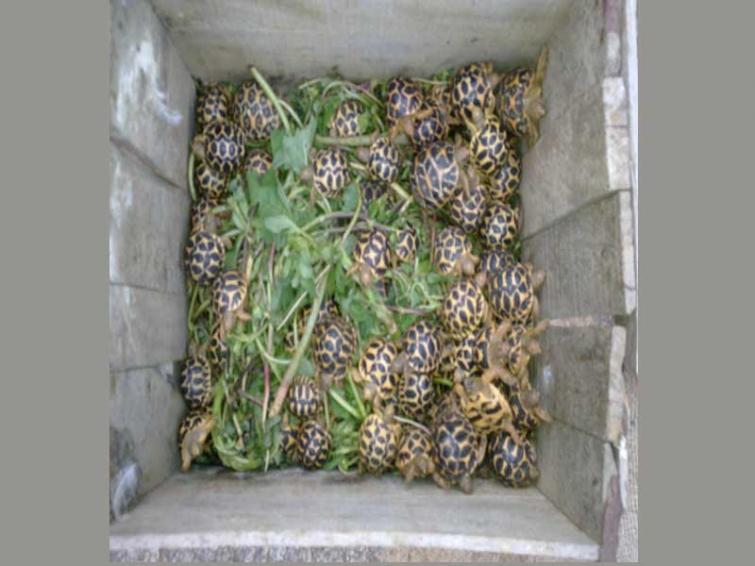 Kolkata, Aug 27 (UNI) The future of Asian small-clawed otter and India star tortoise looks secure as world leaders have agreed to impose a ban on their on international commercial trade.

The ban was agreed upon by the leaders attending the 18th meeting of the Conference of the Parties to the United Nations Convention on International Trade in Endangered Species of Wild Fauna and Flora (CITES CoP18) in Geneva, Switzerland, according to a statement sent to UNI here today by the Humane Society International.

'A wide variety of threats is adversely affecting the Asian small-clawed otter in the wild, such as habitat loss, pollution, and the fur trade, but increasingly it is persecution for the pet trade that is proving its downfall. This is the smallest and arguably the ‘cutest’ of all the otter species, and interest in them, fanned by photos and film on social media, means that a market for live pet animals has been swiftly growing in Asia. They are increasingly being seen in coffee shops in Japan and elsewhere where they are used as props to entice customers who share their experiences on social media platforms like Instagram, thus perpetuating the otter craze,' Mark Simmonds, senior marine scientist at Humane Society International, was quoted as saying.

'The Appendix I listing effectively bans international trade for commercial purposes and removes one of the key threats that they face. This is not the end of the story. We urgently need other complementary conservation initiatives to truly tackle the otter’s demise, and so we hope that this new CITES listing will act as a call to action. We commend India, Nepal, the Philippines and Bangladesh for bringing both the otter proposals forward, and all the countries and conservation organizations that supported them,' Simmonds added.

Speaking on the two Asian otter proposals, Sumanth Bindumadhav, HSI/India's wildlife campaign manager who presented an intervention on the floor of CITES CoP on behalf of 26 other national and international non-profit organisations, said, 'HSI/India has long highlighted the myriad threats faced by the small-clawed and smooth-coated otters, so we are delighted by these important CITES actions. Appendix I listings will send an important and timely warning, not least to online and social media audiences, that these are imperilled species and that trade in them is harmful to their welfare and their overall species survival. We hope that it will also lead to additional trade controls, enhanced scrutiny of captive-breeding operations, and aid enforcement, given the challenge in distinguishing between tropical Asian otter species once in trade.'
Indian star tortoise populations are found in the wild only in Sri Lanka, India and Pakistan. To safeguard wild populations, all range states have chosen to adopt strict domestic legislation that prohibit commercial utilisation.

However, the strong international demand for the species coupled with legal trade and poor enforcement in transit and consumer states has made enforcement difficult for range States. An appendix I listing will strengthen international cooperation by enforcement authorities and act as a deterrent.

Sumanth Bindumadhav, HSI/India's wildlife campaign manager said, 'The Indian star tortoise is a victim of the international pet trade that sees them illegally caught in the wild and sold in markets across the world. We are much relieved that the threat they face has been recognized by CITES Parties, and that their protection status has been increased as a result.'

On the encouraging move to list the tokay gecko under appendix II of CITES, Sumanth Bindumadhav added, 'Tokay Gecko is a beautiful species of lizard found in parts of India, Nepal, Vietnam and other Asian countries. Tokay is in high demand in international pet trade owing to its unique pattern and is also in demand in dried form for use in traditional Chinese medicine. Seizures of tokay geckos in the past have been measured in tonnes or millions which demonstrates the volume of illegal trade. We are happy that majority of the parties voted in support of listing this species of Appendix II of CITES thereby granting it a certain level of protection from exploitation. We also thank India, Philippines, EU and USA for proposing this.'