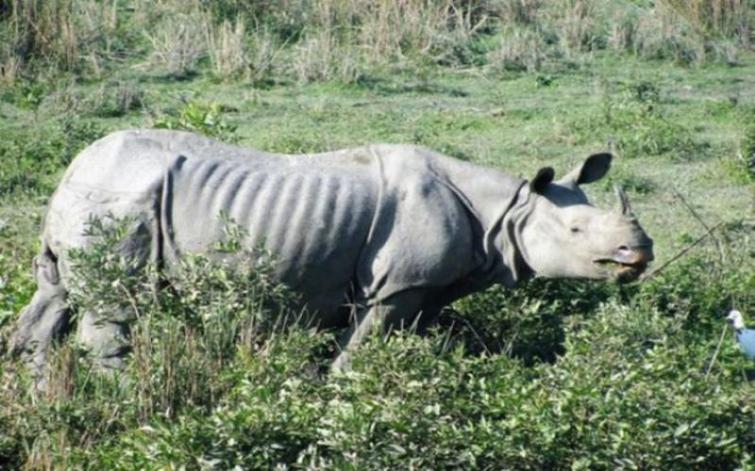 Guwahati, July 11 (IBNS): A most wanted rhino horn smuggler from Nagaland, who was the mastermind of several rhino poaching cases in Assam’s Kaziranga National Park and smuggled the horns in the international market, was arrested by police in Guwahati on Wednesday night, officials said on Thursday.

According to the reports, based on intelligence input, the sleuths of crime branch of Guwahati city police and forest department had conducted an operation at the Nagaland Guest House in Guwahati on Wednesday night and arrested the most wanted rhino horn smuggler.

“Zhimomi hailing from Nagaland’s Dimapur is a rhino horn dealer and supply illegal arms to local poachers to kill rhino. He used teams to kill rhino and also funded them. He also sent shooters from Nagaland and Manipur for poaching,” the police official said.

On the other hand, a top official of Assam forest department said that, Zhimomi sent shooters and rhino poachers when he received orders from other countries.

“After poaching, the poacher gang had handed over the rhino horn to Zhimomi and he smuggled to foreign countries like Myanmar, China etc through Nagaland and Manipur,” the forest official said.

“We are hoping that, we will collect some vital information after his arrest,” the forest official said.

Poachers have killed over 200 one horned rhinoceros in Kaziranga and other national parks, wildlife sanctuaries in Assam in past two decades.