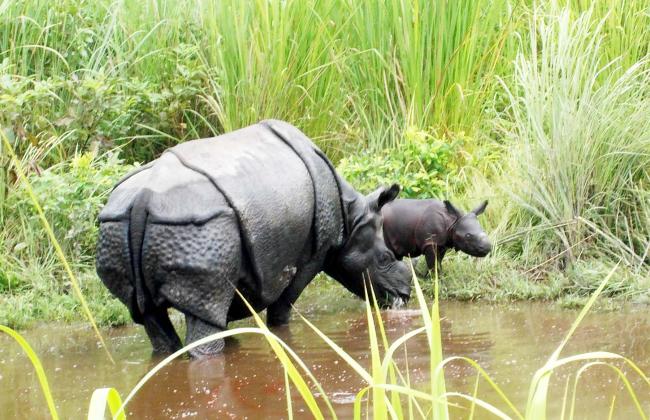 ‘Jamuna’, a female rhino that had been rehabilitated into the wild by WTI, IFAW and the Assam forest department in 2010, has given birth to her second calf in Manas national park.

The calf was first seen by frontline forest staff of the Bansbari Range during their early morning patrol.

“This is the sixth calf born to the rhinos rehabilitated under our project and marks another significant milestone in our collective efforts to restore Manas to its former glory,” Dr Choudhury said.

“It is a matter of great pride for IFAW-WTI, the Assam forest department and the Bodoland Territorial Council (BTC). Our thanks also to the local community for their continuing tolerance towards rhinos despite instances of crop raiding,” Dr Choudhury said.

Jamuna was the third rhino rehabilitated under the Greater Manas Conservation Project.

She was transported to Manas and released into the wild in November 2010.

Jamuna had given birth to her first calf, a female, in 2014.

“I am extremely pleased to receive this news. This is the first rhino calf born in Manas in nearly 20 months. Congratulations to IFAW-WTI, BTC and other stakeholders on this happy occasion,” HK Sarma, IFS, Field Director, Manas National Park said.