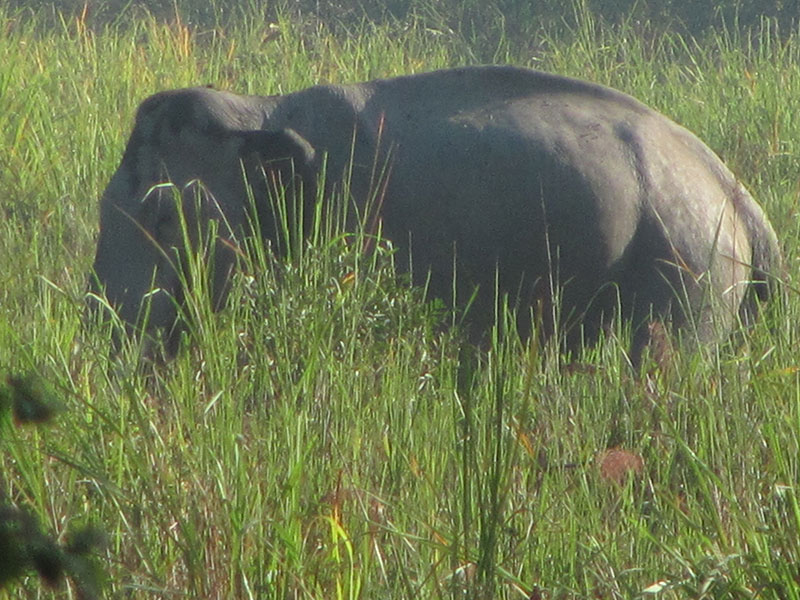 Assam: Six wild elephants saved after getting stuck in muddy pond in Goalpara

Guwahati/IBNS: The forest officials have rescued six wild elephants trapped in a muddy pond in Assam’s Goalpara district with the help of locals.

According to the reports, six wild elephants including a calf got stuck in a muddy pond near Lakhipur area in Goalpara district on Friday evening.

According to the reports, a herd of elephants came down to the area from nearby hills from Meghalaya side in search of food and six among the herd got stuck in the pond.

When some local villagers noticed the incident they immediately informed local forest officials and police.