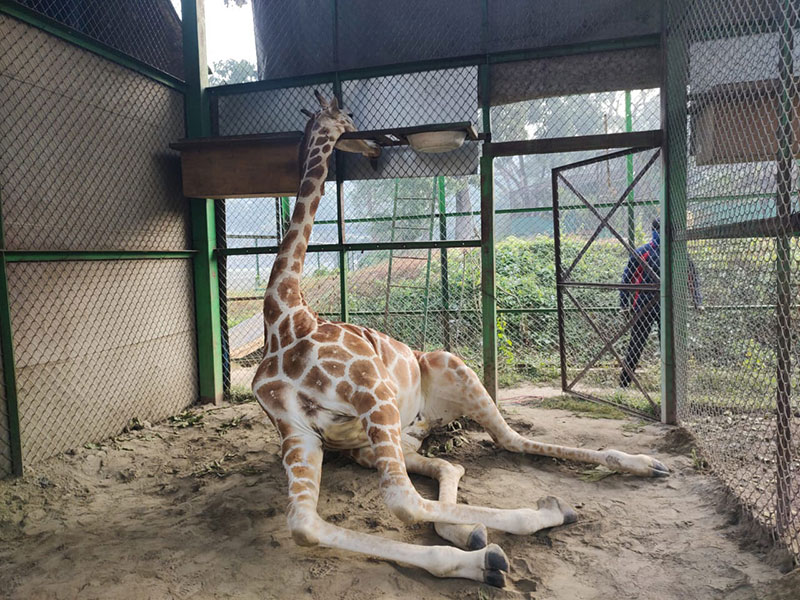 Female giraffe died at Assam State Zoo due to strangulation

Guwahati/IBNS: A female giraffe died due to accidental strangulation in Assam State Zoo in Guwahati on Thursday night.

Assam State Zoo’s Divisional Forest Officer in-charge Ashwini Kumar said that the preliminary inquiry has suggested that it is an accidental death and an inquiry has been initiated into the incident.

The female giraffe named Anny was transported to the Assam State Zoo from Patna in 2019 under an animal exchange programme.