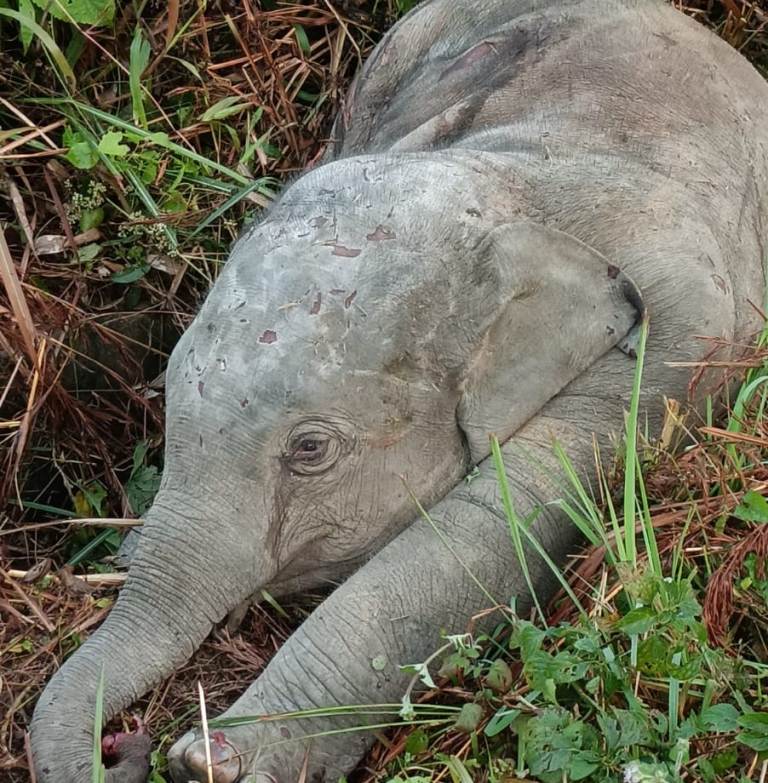 Guwahati/IBNS: An elephant calf was killed after being hit by a train at Bhelaguri, under Mariani Range in Assam's Jorhat district in the wee hours on Friday.

At around 3.30 am, a male calf around 6 to 7 months old was knocked down by a train while it was trying to cross over the tracks. It died on the spot.

The accident occurred around 3 km from the Gibbon Wildlife Sanctuary.

On preliminary investigation by Forest personnel, it has come to light that it was hit by the New Delhi-Dibrugarh Rajdhani Express.

Post-mortem has been conducted and other formalities are being carried out.