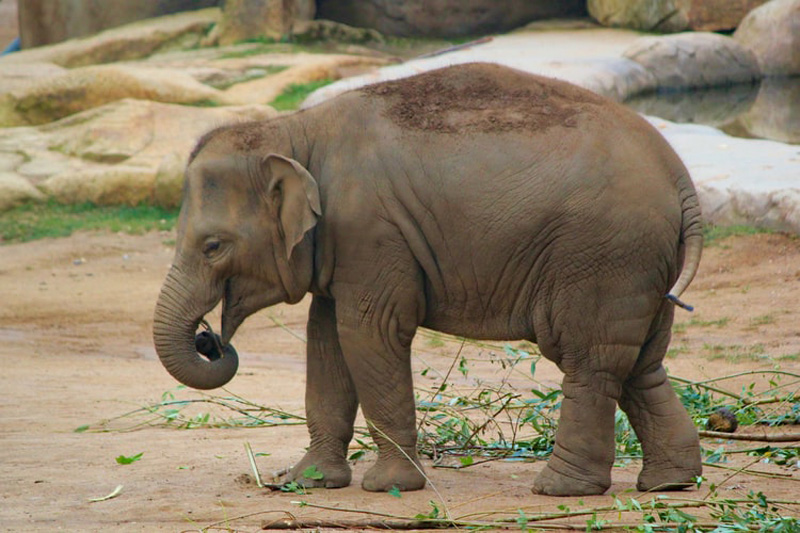 Elephant dies due to suspected electrocution at Sadia Range

Guwahati: A female elephant is reported to have died in Sadia Range under Doomdooma Division in Tinsukia district due to suspected electrocution on Friday morning.

On getting information, forest personnel along with veterinary doctors rushed to the site of the incident and found the female elephant around 30 years dead. Post mortem is being conducted.

"It looks like a case of electrocution but subjected to confirmation by veterinary doctors," a forest official said.

Meanwhile, in another incident at Kaziranga National Park, a rhino was knocked down by a speeding vehicle on the animal corridor at Haldibari under Kohora Range on Thursday evening.

The TATA  DI vehicle bearing registration number AS-12 BC-8964 knocked down and injured the rhino which was crossing the NH 39 running through the park.

Forest and police personnel arrived at the spot immediately and seized the vehicle.

A fine of Rs 5,000 was slapped on the driver for over speeding beyond the permissible 40 km per hour within the animal corridors.

The Transport department in coordination with the Forest department has installed speedometers on the animal corridors to minimise cases of accidents when animals cross over to Karbi Anglong hills especially during floods.

The park authorities said the rhino fainted for a while following the collision with the speeding vehicle and after half an hour got up and slowly walked back to the forest.

The injured rhino came out from forest area on Friday morning and attacked two vehicles of the Forest department and injured a departmental elephant.

"We are trying to drive out the animal from Karbi Anglong side to the park side. Kohora Police and forest personnel are monitoring the movement of vehicles and animals. SDPO Bokakhat and forest team headed by me are supervising the operation," said Director of Kaziranga National Park, P. Sivakumar.

A team of veterinarians is keeping a close watch on the rhino which has sustained injuries on its horn and leg.