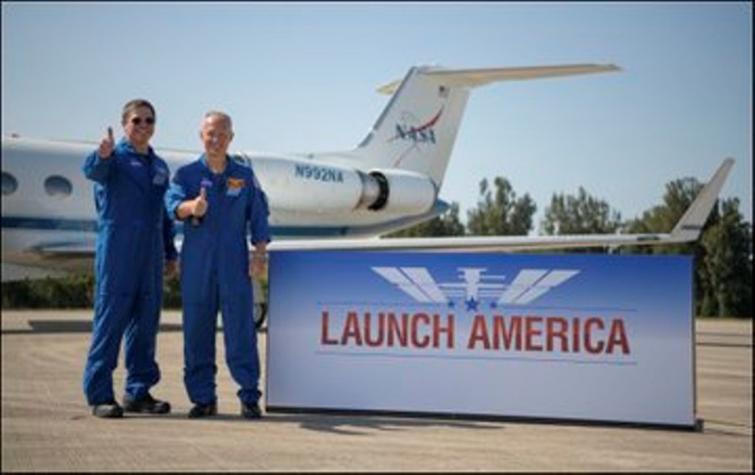 Washington/UNI: US astronauts Doug Hurley and Bob Behnken on Monday docked with, and entered, the International Space Station (ISS).

Their Dragon capsule - supplied and operated by the private SpaceX company - attached to the bow section of the orbiting lab 422km above China.

After a wait for leak, pressure and temperature checks, the pair disembarked to join the Russian and American crew already on the ISS.

Hurley and Behnken rocket had a life off from Florida on Saturday.

Theirs is the first crew outing launched from American soil since the retirement of the US space agency (NASA) shuttles nine years ago.

The mission marks the beginning of a new era in which NASA will be purchasing transport services from the commercial sector. No more will it own and operate the American vehicles that run to and from the station.

This will be done exclusively by firms such as SpaceX of Hawthorne, California, which is led by tech billionaire Elon Musk.

Confirmation of the Dragon's attachment at the ISS came at 14:16 GMT (15:16 BST), 19 hours after leaving the Kennedy Space Center atop a Falcon rocket also provided by SpaceX.

The docking was a fully automated process; Hurley and Behnken had no need to get involved - although they had practised some manual flying on approach.