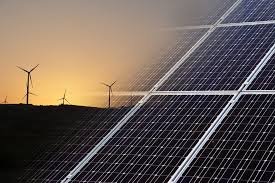 New Delhi, Jan 21 (IBNS): India is surging ahead in the area of renewable energy. Renewable capacity has reached 73 gigawatt (GW), which is 20 per cent of the country’s total energy capacity. Generation has increased, and solar energy has made tremendous strides. But does this mean the country is well on its way to meet its ambitious 175-GW renewable capacity target by 2022?

No if the policy gaps are not filled soon, says a new analysis released here on Monday by Centre for Science and Environment (CSE). The State of Renewable Energy in India 2019 report follows another similar analysis done by CSE in 2014, and according to CSE deputy director general Chandra Bhushan, “takes a close look at where we stand now, what are the strengths of and the challenges facing the sector, and whether the sector can overcome these obstacles and emerge as a viable alternative to conventional energy sources”.

The new report was released here at a two-day National Conference on renewable energy organised here by CSE, and attended by some of the key stakeholders of the sector – regulators and policymakers, industry representatives and sector experts.

Opening the Conference, Sunita Narain, director general, CSE, said: “We believe that India needs a renewable energy policy that both de-carbonise the economy and provide access to large numbers of people who are energy-deprived.”

What state is the sector in?

Some favourable policies, combined with good market conditions, has seen the renewable energy sector emerge as a sunshine industry. Solar, in fact, has made considerable progress. Over the last four years, large-scale solar has seen an average annual growth rate of over 70 per cent. The installed solar capacity has increased from 2.6 GW in March 2014 to 23.1 GW in June 2018 – large-scale solar comprises over 94 per cent of this. At under Rs 3 per unit on an average, wind and solar energy is now cheaper than coal power.

However, 2018 witnessed a slowdown triggered by financial difficulties being faced by distribution companies, import tariffs, and subsequent tariff increases. The CSE report lays bare some of the key concerns the sector faces today:

Inconsistent policy has been the bane of the sector.

Says PriyavratBhati, advisor, energy group, CSE: “Nothing can be more disruptive for an emerging sector that seeks to attract global investors, than ad hoc and abrupt policy changes.”

A classic example is that of the solar module manufacturing industry. The government had reserved auction capacity for domestic manufacturers, but this drew a World Trade Organization censure. Import duties have been applied and then removed; currently, a safeguard duty of 25 per cent is being levied on imported modules.The wind industry has been caught unawares as well, by the introduction of an auction-based regime to award bids from the feed-in tariff (FiT) process.

Discoms – distribution companies -- are under-performing; the most recent attempt to reform them, the UjjwalaDiscom Assurance Yojana, has not yielded desired results. The financial stress that discomsare in has meant payment delays for developers, cancellation of auctions,and lack of enforcement of contracts -- this dampens investor confidence and developers’ interest.

Solar rooftop has failed to make any headway in the current market which is skewed towards large-scale renewable energy. The country is aiming for a 40-GW capacity by 2022, but till November 2018, only 1,334 megawatt (MW) of grid-connectedsolar rooftop systems had been installed. Also, the preference has been for commercial and industrial installations – residential consumers, who hold immense potential, account for less than 20 per cent of the total installed capacity.

Distributed energy has been pushed to the back-burner. Almost all the schemes that have been floated for ensuring access to energy for the people, such as SAUBAGHYA, are tied to extending the grid and connecting un-electrified households to centralised distribution and transmission networks. But the CSE analysis shows that grid connectivity does not lead to availability of electricity or consistent supply. Says Bhushan: “The government’s focus on grid-based power supply to ensure universal access, a long-standing goal, seems misplaced.”

Therefore, what does the report recommend?

Addressing the Conference, Bhushan said: “We stand at the cusp of a momentous shift in the energy sector. For the first time, decarbonised electricity appears feasible in the foreseeable future; it is not an abstract vision. The question is, whether India will reach peak coal and 100 per cent renewable quickly and efficiently, or whether it will be a delayed process, merely egged on by global momentum.”

The CSE report puts forth a few key recommendations: