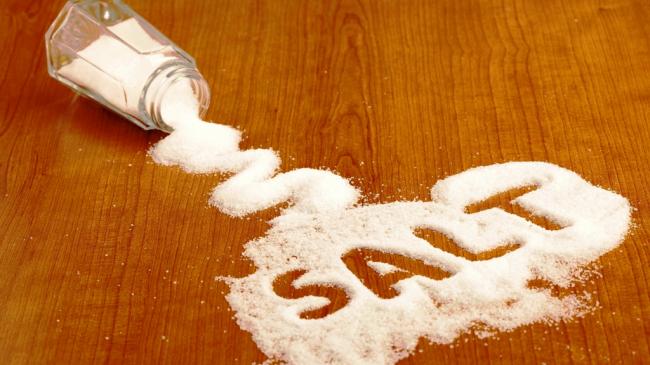 Turning a pinch of salt into an electrical switch, finds study

India Blooms News Service | @indiablooms | 24 Oct 2017, 08:57 pm
#ElectricalSwitch, #Salt
London, Oct 24 (IBNS): A team of scientists from the University of Liverpool, University College London and the University of Zaragoza in Spain has discovered a way to induce and control a fundamental electrical switching behaviour on the nano-scale.

Their results are reported in the journal Nature Nanotechnology, where the team describe how separating an atomically thin layer of rock salt material – including ordinary table salt – from the surface of metallic copper by including an atomically thin layer of copper nitride in between creates a layer of so-called “electric dipoles”, whose orientation can be switched by applying a large electric field.

When most materials are turned upside-down, they look the same at the atomic level and the electrical charges in the atoms cannot have a preference for orienting along a particular direction. In some materials, however, this symmetry is broken, and these charges can line up to form electric dipoles, which can be switched between multiple orientations with an electric field. If they remain in the same orientation after the electric field is removed, the material is commonly referred to as a ferroelectric which is the electrical analogue of a ferromagnet.

To overcome these difficulties, the scientists explored whether the new emergent properties of two-dimensional (2D) materials which are only a few atomic layers thick could be exploited to create a different kind of dipolar switching material. These materials, can have properties that are dramatically different from those of their thicker counterparts.

Professor Mats Persson, from the University’s Department of Chemistry and the theorist of the paper, said: “This is a very exciting development and contrary to traditional wisdom that it is possible to have ferroelectric-like behaviour in atomically, thin layers in a metal-insulator junction”

Many of the most promising proposed applications for 2D materials involve incorporating them into electrical circuits, so much attention has been focused on conducting 2D materials. However, 2D insulators are beginning to play an increasingly important role.

“By stacking two 2D materials, even those that are insulators, we can create new behaviour that neither material would be able to exhibit individually. This opens a wealth of new possibilities for developing a new generation of 2D material structures.” remarked Cyrus Hirjibehedin, the project’s lead scientist.