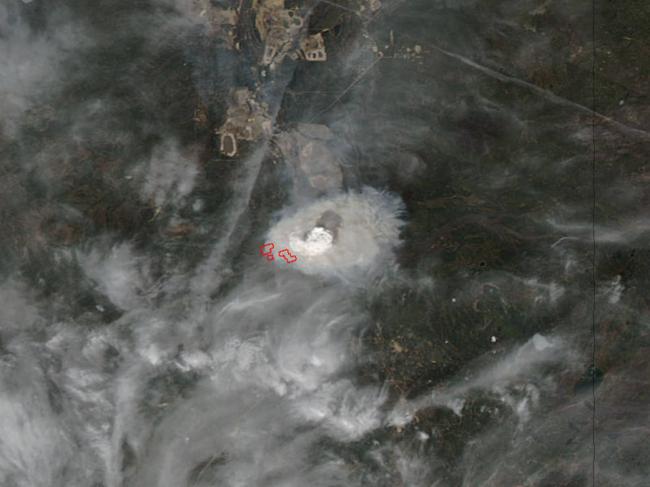 There is a critical alert in place with all of Fort McMurray now evacuated.  Alberta Emergency Alert has issued mandatory evacuation for the City of Fort McMurray, read the NASA website.

The Regional Municipality of Wood Buffalo (around and including Fort McMurray) site reported the following as an approximate overview of the damage sustained to date (May 04, 2016):

There are firefighters, aircraft and heavy equipment working on the wildfire and more resources are on their way however high temperatures, low humidity and strong winds continue to fuel the fire.

The type and amount of particles and chemicals in smoke varies depending on what is burning, how much oxygen is available, and the burn temperature.