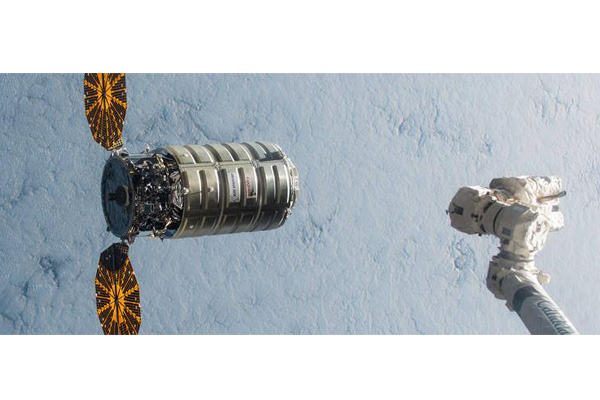 NASA Television will provide live coverage of the event beginning at 7 a.m. EST. The Cygnus spacecraft, which arrived at the station Dec. 9, will be detached from the Earth-facing side of the station's Unity module using the Canadarm2 robotic arm, operated by ground controllers at NASA's Johnson Space Center in Houston.  NASA’s Mission Control Center will maneuver Cygnus into place and Expedition 46 robotic arm operators Scott Kelly and Tim Kopra of NASA will give the command for its7:25 a.m. release. Once the spacecraft is a safe distance from the station, its engines will fire twice, pushing it into Earth's atmosphere where it will burn up over the Pacific Ocean. The deorbit burn and reentry of Cygnus will not air on NASA TV. Experiments delivered on Cygnus supported NASA and other research investigations during Expeditions 45 and 46, in areas such as biology, biotechnology, and physical and Earth science -- research that impacts life on Earth.  Investigations included a new life science facility that will support studies on cell cultures, bacteria and other microorganisms, a microsatellite deployer and the first microsatellite to be deployed from the space station.

Experiments exploring the behavior of gases and liquids, clarifying the thermo-physical properties of molten steel, and testing flame-resistant textiles also were delivered.