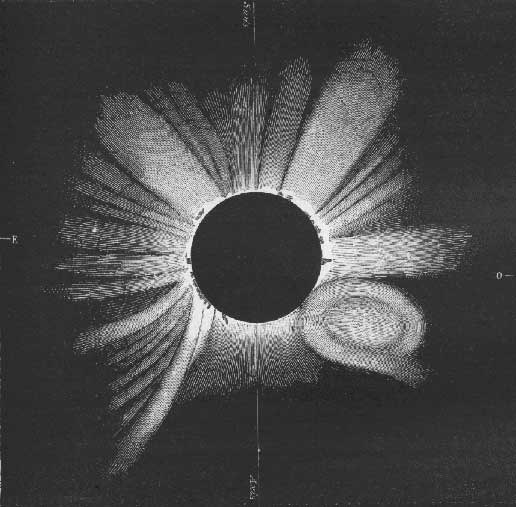 As the moon passes precisely between the sun and Earth – a relatively rare occurrence that happens only about once a year because of the fact that the moon and the sun do not orbit in the exact same plane – it will block the sun’s bright face, revealing the tenuous and comparatively faint solar atmosphere, the corona.

“You notice something off about the sunlight as you reach totality,” said Sarah Jaeggli, a space scientist at NASA’s Goddard Space Flight Center in Greenbelt, Maryland, who has seen two total solar eclipses. “Your surroundings take on a twilight cast, even though it’s daytime and the sky is still blue.”

Totality will last for anywhere from one and a half to just over four minutes at each location, though more than three hours will pass between the time the westernmost location sees the eclipse begin and when the easternmost location sees the eclipse end. People along the path of totality – which is over 8,800 miles long, but only 97 miles wide at the widest point – will have the opportunity to see the solar corona only while the sun’s face is totally covered by the moon.

“The moon blocks the light of the sun's surface very, very precisely,” said Jaeggli. “You can see all the way down to the roots of the corona, where the atmosphere meets the sun’s surface.”

Total solar eclipses like this are possible because of very precise planetary geometry: The sun is 400 times wider than the moon, but it is also a little more than 400 times farther from Earth than the moon during total solar eclipses, so to our eyes they appear the same size in the sky. This means the moon can block the entirety of the sun’s face while obscuring only a tiny portion of the inner corona.

The total solar eclipse of 1860 (shown here in a sketch from the time period) gave scientists their first recorded glimpse of a coronal mass ejection, a cloud of solar material expelled from the sun at millions of miles per hour. These events are only visible during eclipses — or by using a coronagraph, an instrument that creates an artificial eclipse — because the sun’s bright face drowns out the comparatively faint corona.
Credits: G. Tempel (public domain)

Total solar eclipses are more than just visually fascinating. Throughout the centuries they have played an important role in understanding the star we live with. During the Middle Ages, a total solar eclipse gave early astronomers their first recorded glimpse of the corona.

In an 1860 eclipse, astronomers witnessed what is believed to be the first recorded coronal mass ejection – the giant clouds of solar material that can erupt off the sun and travel through space. NASA still studies coronal mass ejections today to understand how they can affect near-Earth space, where disturbances in Earth’s magnetic field can sometimes impact radio communications, onboard satellite electronics, and GPS.

Today, researchers study the sun's atmosphere continuously by replicating the effects of an eclipse using an instrument called a coronagraph, which uses a solid disk to block the sun’s bright surface. Coronagraphs are less effective than natural eclipses, however. Because of how light bends around sharp edges, a phenomenon called diffraction, coronagraph disks must be much larger than would otherwise be necessary to block the sun’s face. Coronagraphs, therefore, inherently block much of the sun's inner atmosphere from scientists' view – making eclipses a rare chance to observe the lower corona.

Partial solar eclipses are much less dramatic than their total counterparts. Changes in ambient light are generally not noticeable until the sun is more than 95 percent covered by the moon, and even the smallest sliver of visible surface is enough to drown out the corona.

Eclipses can be viewed using a solar-filtered telescope, eclipse glasses, or a pinhole projector. You should never look at the sun directly. Even when 99 percent of the sun’s surface is obscured by the moon, the unobscured sliver of the sun’s surface can damage the eyes.