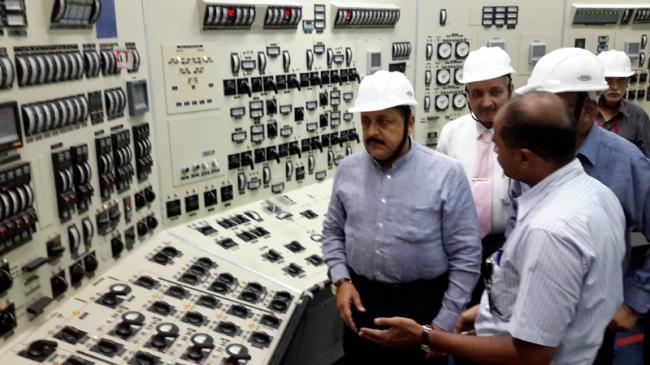 He was interacting with some of the country’s top nuclear scientists during his one day visit to India’s premier Atomic Energy plant at Kalpakkam in Tamil Nadu on Friday.

Singh recalled that exactly 60 years ago in 1954, the great visionary scientist Homi Bhabha had set up Bhabha Atomic Centre at Mumbai against all odds.

In the Diamond Jubilee year of that initiative, it is time for all of us to rededicate ourselves to the objective of “Nuclear Energy for peace and mankind” envisaged by the founding fathers of India’s nuclear mission, he added.

He said Prime Minister Narendra Modi has a natural temper for science and takes a personal interest in follow-up of scientific programmes.

Jitendra Singh also announced the setting up of “Hall of Nuclear Energy” at Pragati Maidan in New Delhi.

He said this will help in giving India’s nuclear programme a visibility in the Union Capital and also help general public to remain updated about the accomplishments of Government of India’s Department of Atomic Energy.