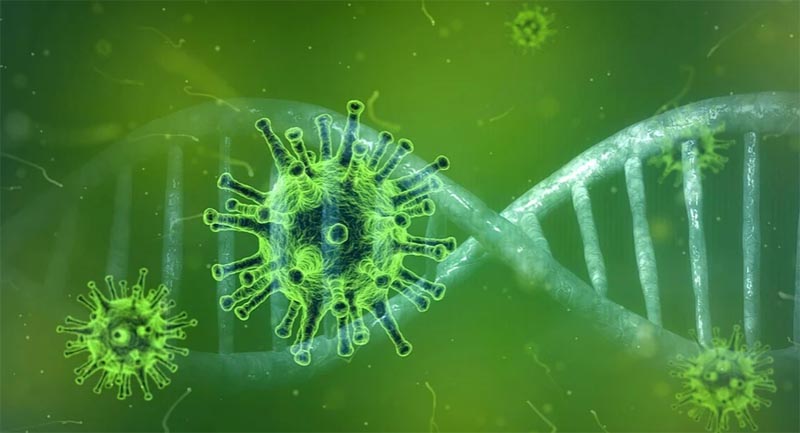 Washington: Researchers have discovered new ways in which the coronavirus disease (COVID-19) virus causes human immune cells to overreact, a deadly part of the disease.

These cytokines, in turn, cause fluid buildup in the lungs and make it hard to breathe.

Before the current study, SARS-CoV-2 was thought to interact mostly with a protein called angiotensin converting enzyme 2 (ACE2), which is present on the outer surfaces of lung cells.

The virus evolved to have a protein spike that snags ACE2 as the first step in invading human lung cells, where the virus multiplies.

Accordingly, all approved COVID-19 antiviral drugs and vaccines work by interfering with, or protecting against, this viral spike/ACE2 interaction.

Mounting evidence, however, suggests that the virus also interacts directly with human immune cells, which have little ACE2 on their surfaces.

Published online May 9 in the journal Immunity, the new study identified six surface proteins on immune cells that attach to the viral spike protein, but in different places than ACE2.

The virus does not appear to replicate in immune cells, as it does when it binds with ACE2 on lung cells, but instead, the newfound interactions cause damaging immune responses, say the study authors. Based on their new understanding, the team generated nanobodies, a type of protein-based therapeutic, to block viral attachment to both ACE2 and the newfound immune cell surface proteins (receptors).

“Our results suggest that we can simultaneously keep SARS-CoV-2 from invading lung cells while also blocking the dangerous hyperactivation that the viral spike protein causes in immune cells,” says corresponding study author Jun Wang, PhD, assistant professor in the Department of Pathology at NYU Langone. “Such dual action, if confirmed in human studies, could more fully address a disease that has taken more than 3.3 million lives globally.”

In the study, the authors used a technique called single-cell RNA-sequencing to examine which genes were expressed, and consequently, which proteins were built, in cells present in lung fluid taken from patients with COVID-19, including cells lining the lungs (epithelial cells) and immune cells.

The authors also found that SARS-CoV-2 spike attaches to Tweety family member 2, a protein that controls the entry of charged particles (chloride) into cells, and possibly a switch that activates immune cells.
Importantly, the team found the virus spike interacts with these activating surface proteins mostly on myeloid cells, a group of vital immune cells that arise in bone marrow and circulate in the blood.

Industry designs synthetic antibodies that specifically glom onto targets of their choice, which can change the action of disease-causing proteins. More recently, researchers began fine-tuning just pieces of antibodies, called nanobodies, which are easier to make.

As a next step, he says, the research team plans to explore their nanobody’s potential in preclinical and clinical studies in patients with severe cases of COVID-19, as well as in those with emerging virus mutants that cause more severe symptoms.