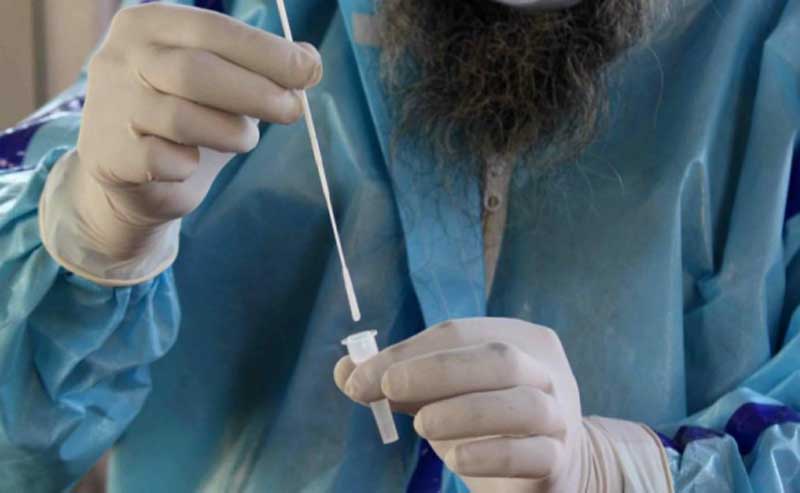 Jammu and Kashmir: 10,000 COVID tests conducted on highway since April

Srinagar: Around 10,000 travelers have been subjected to covid-19 test on the Srinagar-JammuNational Highway since April 9, with seventy among them testing positive.

A Rapid Antigen Test (RAT) facility was set up at Lower Munda near Qazigund in southKashmir’s Anantnag district for the incoming travelers on April 9 following the spike inCovid-19 cases in Kashmir.

“Till date, we have conducted RAT of around 10,000 passengers including visitors,labourers, commuters, and locals, among whom only 70 have tested positive,” BlockMedical Officer (BMO), Qazigund, Dr. Zahoor Ahmad told Greater Kashmir.

He said the surveillance team of the health department is strictly following all thenecessary guidelines.

“We seek all the details from the person who tests positive to ensure he remains underhome isolation if asymptomatic or with mild symptoms. If the symptoms are severe thenwe hospitalize him in the Covid facility at Kulgam,” Dr. Zahoor said.

He said if the traveller has symptoms but his RAT is negative he is properly screenedand treated as a suspected case.

“Some of the labourers who have no accommodation are then provided administrativequarantine facility till they recover,” Dr Zahoor added.

However, a health official said that many passengers have managed to evade this routeby taking several alternate link routes.

This, he said, might put to risk the lives of people.

“Also all the passenger vehicles which arrive between 6 pm to 8 am the next day, passwithout getting tested at all,” a health official said.Sub-Divisional Magistrate (SDM), Dooru GR Wani, however, said they make sure thatthe passengers don’t bypass the testing facility by taking alternative routes.

“We havealready plugged one major route near to the tunnel namely Imo-Verinag–Anantnag route,while another route, Lower-Munda-Zig, is being managed by traffic police,” the SDMsaid.

He said that nonetheless there are a few more link roads like Gulabagh which somepassenger vehicles are using and the traffic police need to look after that.

A health official said that since the efficacy of RAT is “minimum” so many positivecases go unnoticed.On April, 25 as many as 110, out of 190 non-local labourers, who arrived in Kashmirdays ago had tested positive for COVID-19 in the Qazigund area after their samples weretaken for RTPCR.

The labourers working with BEACON were putting in hotels and were on way toLadakh.

“All of them had tested negative for RAT at Lakhanpur toll plaza and werecarrying the requisite certificate,” an official said.