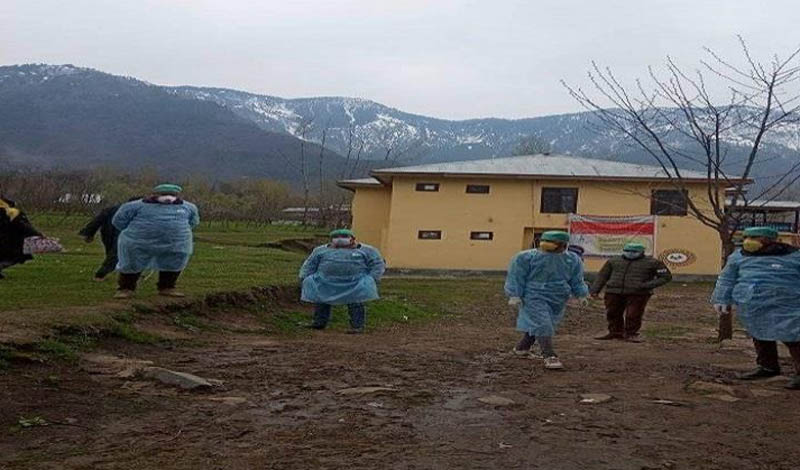 Jammu and Kashmir: Bandipora health centre 'upgraded' to NTPHC only on papers

Srinagar: A health centre in Ajas tehsil of north Kashmir’s Bandipora district is without road and proper staff despite being “upgraded” to New Type Primary Health Centre (NTPHC).

The health centre caters to a population of around 60,000 in Ajas tehsil and several surrounding hamlets.

According to locals, the patients struggle walking hundreds of meters uphill to the facility while the lone ambulance remains on the main road downhill.

Severely ill patients are to be shouldered to the facility.

Imran Rather, a local social activist says the facility though shifted to a new structure was upgraded only on papers in 2011 while the staff strength remains unchanged.

He said that the hospital has two doctors who work in 15-day shift beside a few orderlies, a lab technician, and a pharmacist.

“No doctor remains on duty at the facility during the night, leaving a population of around 65,000 to fend for themselves,” Rather said.

Locals who had donated their land for the hospital road rued the “official indifference” saying their persistent demands of construction of the road to the facility were being ignored for the past 10 years when the hospital was shifted and upgraded to NTPHC.

“Despite several requests to the Revenue department, the road to the health centre is not being cleared,” locals said. On Tuesday, locals staged a protest demanding a proper road to the hospital and urged the authorities to ensure doctors attend night duties at the facility.

The locals said that they were demanding that the NTPHC be upgraded to Community Health Centre (CHC) for the benefit of the large population in the area.

“Our struggle is just and the government must consider our genuine demands. How can any administration deny a road to an emergency facility for 10 years,” locals said.

BMO Hajin said he had inspected the NTPHC during COVID19 lockdown and found that, in absence of a road, people had to walk to the facility. “I have written to the higher officials but haven’t heard back on the matter since,” he said.