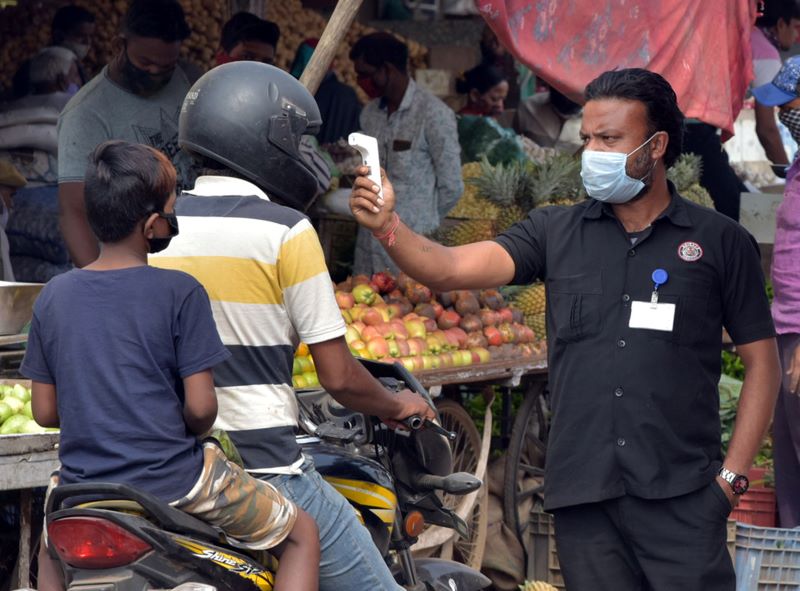 Ten states/UTs accounted for 78.56 per cent of the 443 case deaths reported in the past 24 hours, an official release here said.

With new recoveries outnumbering new cases, the recovery rate stood at 93.81 per cent on Monday. The recovered cases totalled 88,47,600 and the gap between recovered and active cases was steadily increasing, and was pegged at 84,00,648, that is 19.8 times the active cases.

However, Madhya Pradesh, Himachal Pradesh, Delhi, Haryana and Rajasthan were reporting a rise in the active caseload, on the other hand.

India has crossed a landmark milestone in its fight against Covid, with the total tests having crossed the 14 crore-mark today of which 8,76,173 tests were conducted in the past 24 hours. India has ramped up its per day testing capacity to 15 lakh.

Ten states/UTs have contributed an overwhelming 78.31 per cent of the new cases reported in the past 24 hours.

Kerala reported 5,643 cases in the past 24 hours, followed closely by Maharashtra and Delhi which reported 5,544 and 4,906 new cases yesterday respectively.

Similarly, 10 states/UTs accounted for 76.94 per cent of the new recovered cases.
With 6,325 persons recovering from Covid, Delhi saw the greatest number of recoveries. Kerala registered another 5,861 daily recoveries while Maharashtra reported 4,362 new recoveries.

As much as 78.56 per cent of the 443 case fatalities reported in the past 24 hours were from 10 states/UTs. The national Case Fatality Rate has further dipped to 1.45 per cent. India is one of the countries with the lowest deaths per million population globally (99.4 at present).

About 19.18 per cent of the new deaths reported were from Maharashtra which recorded 85 deaths, Delhi recorded 68 and West Bengal reported 54 new deaths.