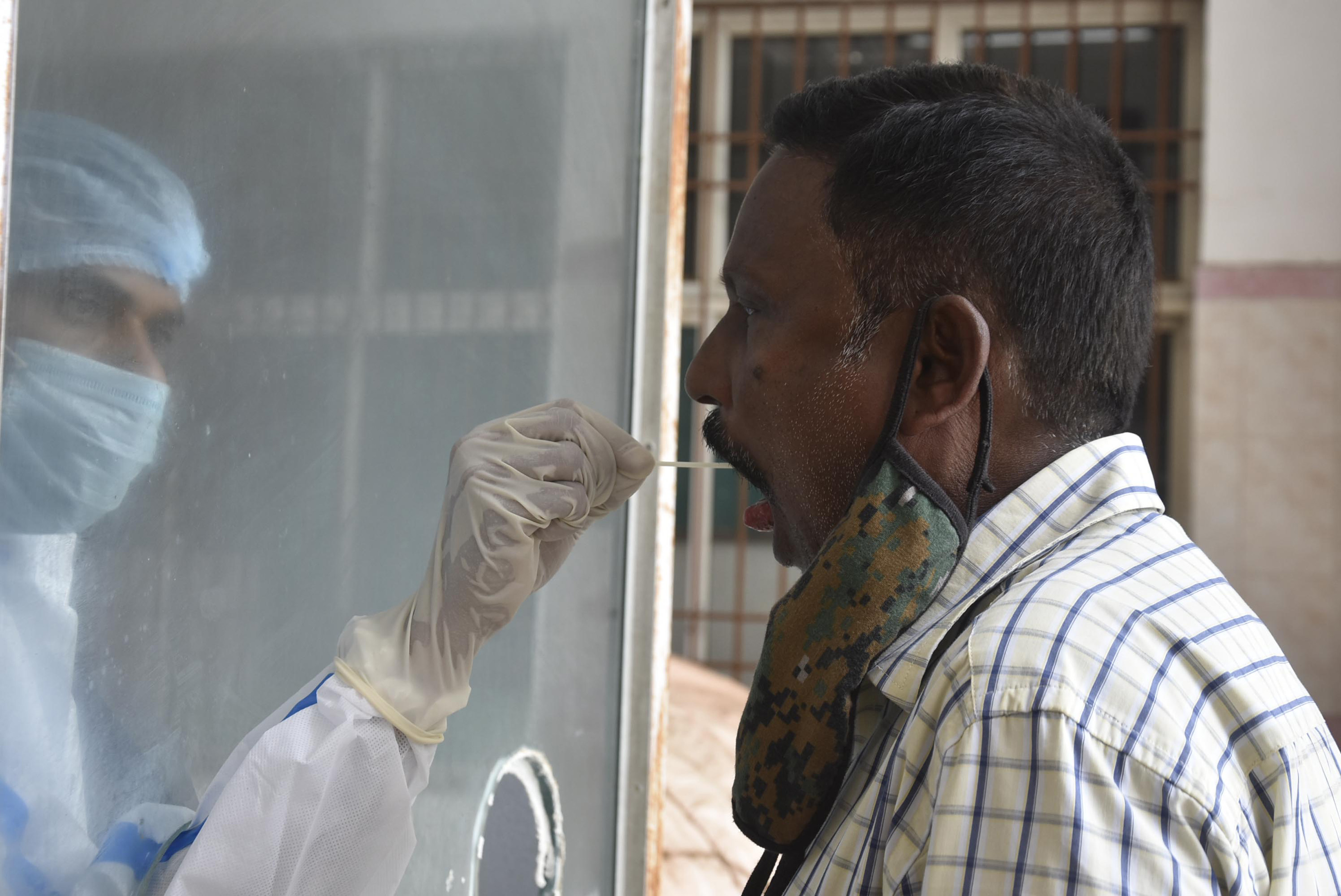 Guwahati: In its effort to map and understand the spreading of the novel Coronavirus in Assam, SRIJANASOM – a non-governmental organization, has launched the first ever serological survey in the state.

The SRIJANASOM, in association with Medicity Guwahati Group of Clinic & Diagnostics has launched the survey titled  “A.A.S.H.A – Assessment of Anti-SARSCoV2 Seroprevalence in Habitants of Assam: a population based cross sectional study” in Guwahati on Thursday in presence of Assam State Health Minister Pijush Hazarika, Deputy Commisioner of Kamrup (Metro) district, Managing Director of National Health Mission, Assam and IRS officer Padmapani Bora who has been instrumental in carrying out this study.

A serological test is performed to diagnose infections and autoimmune illnesses. It can also be conducted to check if a person has developed immunity to certain diseases.

Speaking on the occasion, Assam Minister Pijush Hazarika thanked IRS Padmapani Bora and SRIJANASOM for taking the efforts and making this study possible in Assam much ahead of several other states.

Speaking on the launching of the survey study, Mridusmita Das, Managing Trustee/ CEO SRIJANASOM asserted that this study will help in knowing the distribution of Coronavirus infection, which might have been missed by the currently applied testing strategy and method, the extent of immunity of the population of Assam to this infection, and hence the transmission and also to stage the ongoing epidemic in the context of Assam. Also, this opportunity might be utilized for raising awareness about plasma donation by the recovered people.

The survey study is being carried out in association of Medicity Group of Clinics & Diagnostics, Guwahati which will provide assistance in sample collection and laboratory testing. Study analysis will be carried out under supervision of Dr. Jyotismita Pathak, MD, Community Medicine & Assist. Professor, Army Medical College, New Delhi. Dr. Khalil Siddique expresses his gratitude to SRIAJANASOM for giving this opportunity to collaborate in this noble cause. He further said that the study will understanding the level of corona virus exposure in specified population in a scientific approach.

He further said that study will help in estimating immunity level developed by various group of population in the state against corona virus and taking further specific containment measures.

Despite the infrastructural bottleneck and concomitant floods in the state, Assam has been doing exceptionally well in containing the infection.

The need of the hour today is a seroprevalence study that would identify the proportion of people carrying the antibodies against this virus.

The ICMR has advised states to conduct a sero-survey to measure Coronavirus exposure in the population using IgG Elisa Test (Antibody test) and a serological survey seeks to assess the prevalence of disease in a population by detecting the presence of specific antibodies against the virus.

First time in Assam such Serological Survey Study is being conductedas per guidelines of ICMR and institutional Ethics Committee of Assam DownTown University has granted Ethical Clearance to the proposed study.

The state has reported 1560 fresh positive cases for COVID-19 and the deadly virus claimed seven more lives in the state in the last 24 hours.

Seven more persons aged between 46 and 77 years died due to the deadly virus in the state in last 24 hours taking the state death toll to 234.