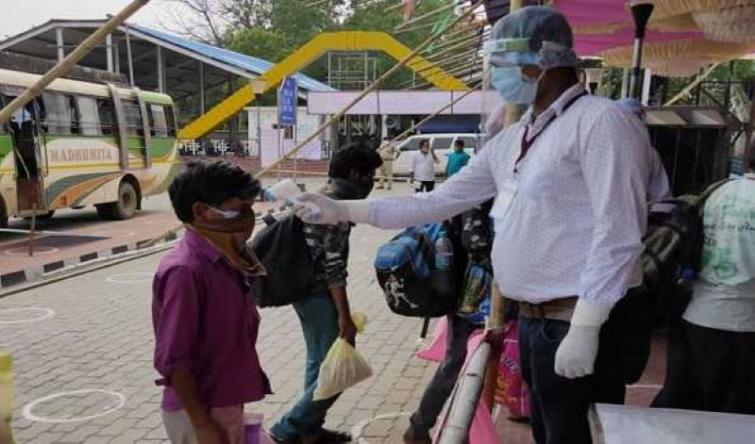 Bhubaneswar/IBNS: Covid 19 positive cases in Odisha on Saturday surged to 1269 with detection of fresh 80 cases from as many as 14 districts.

Two more new districts- Gajapati and Nabarangpur reported coronavirus during the last 24 hours, taking the total districts to 26 under the grip of the dreaded virus.

Out of the total 80 fresh cases,71 cases were found from the quarantine centres, two from home quarantine and the rest seven are local cases.

The authority claimed that there is no evidence of communal transmission in the state.

Official sources said so far 1,18,446 samples have been tested in the state and 1269 of them are positive .

As many as 436 covid patients were cured and discharged from the hospital and 826 active cases are under treatment at covid hospitals. So far only seven deaths have been reported in the state.

Out of 80 fresh cases reported today, Ganjam district reported 19 cases followed by Puri (17),Jajpur (14), five each in Sundargarh,Nayagarh and Malkangiri.

Ganjam district in South Odisha continued to remain at the top in the district tally with 341 positive cases followed by Jajpur(239) and Balasore (128).The rest nine districts have reported single digit figure.

These three districts together accounted for 708 covid cases, almost 55 per cent of the total covid cases in the state.

According to official sources, a one-year-old girl in Jharsuguda distruct, whose brother tested positive on Friday, was tested coronvirus affected.

The family, sources said, the family had returned to their residence in Mangal Bazaar, Jharsuguda on May 16 and were kept under home quarantine for 28 days.

After both of them tested corona positive, all family members have been kept under home quarantine for 28 days. The district authority has declared a small portion of the Mangal Bazar as containment zone, Jharsuguda Collector Saroj Samal said.