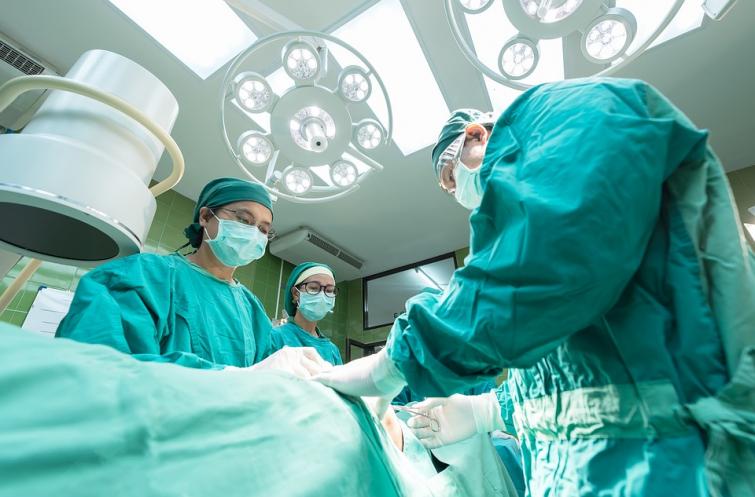 London/IBNS: Thousands of young women are unnecessarily admitted to UK hospitals and undergo surgery they do not need each year in the NHS, according to a new study.

Surgery for appendicitis is one of the world’s most common emergency operations. UK hospitals exhibit the world’s highest rate of ‘normal appendicectomy,’ where patients undergo surgery for suspected appendicitis but laboratory examination of the removed appendix finds it to be normal.

Normal appendicectomy is more common in women than men. Commonly patients who are misdiagnosed as having appendicitis either improve without further treatment or have conditions which can be managed without surgery.

Surgical experts at the University of Birmingham led the study on behalf of the West Midlands Research Collaborative and published their findings today in the British Journal of Surgery.

Aneel Bhangu, Senior Lecturer in Surgery at the University of Birmingham and Honorary Consultant Colorectal Surgeon at University Hospital Birmingham commented: “Appendicectomy is the UK’s most common emergency operation. Our study shows the world’s highest published rate of normal appendicectomy – that is, surgery for suspected appendicitis but the diagnosis is wrong, and a normal appendix is removed. The group most affected are young women and every year, thousands of women aged 16 to 45 are suffering a sub-optimal experience in the NHS.”

UK normal appendicectomy rates were far higher than in the comparable European countries (Italy, Portugal, Ireland and Spain): 28.1% in UK women versus 10.2% in European women, and 12.1% in UK men versus 2.6% in European men. Potentially avoidable hospital admissions for suspected appendicitis was also more common in the UK than the other countries: whereas 42.5% of European women admitted with suspected appendicitis had a final diagnosis of appendicitis, this figure was only 17.3% in UK women.

The experts identified 15 risk prediction models for acute appendicitis and analysed their effectiveness. The Adult Appendicitis Score (AAS) achieving the best results for female patients and in men optimum performance was achieved by the Appendicitis Inflammatory Response Score (AIRS).

Researchers propose that all adults presenting with suspected appendicitis should be routinely scored using the appropriate risk prediction model. They have developed a mobile, tablet, and desktop compatible web application to help doctors calculate the score and identify the risk of appendicitis.

“We identified risk prediction models and associated cut-off scores that identify UK adults at low risk of appendicitis,” Dr. Nepogodiev, one of the study leads, commented. “Women assessed by AAS and men by AIRS should be considered for early discharge and early outpatient review. This is highly likely to reduce unnecessary surgery reduce time off work, reduce costs for the NHS and improve patient experiences.”

Researchers recommend that if a patient is classified as low-risk, yet suspicion of appendicitis remains, low radiation dose computed tomography (CT) imaging should be used to confirm diagnosis rather than moving straight to an expensive and potentially unnecessary operation.

Only a tiny proportion of these low-risk patients have other serious conditions (<1%) and only 3% end up with a final diagnosis of appendicitis.