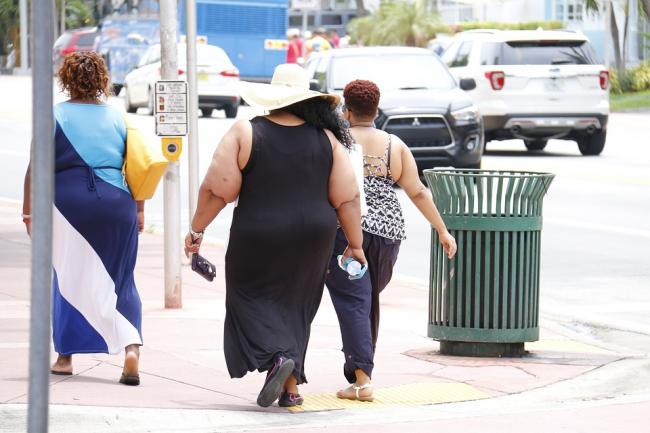 London, Dec 10 (IBNS): Giving birth in a birth centre may be as safe for some obese women who have given birth before as it is for those with a lower Body Mass Index (BMI).

A new study, published in PLOS ONE and funded by the National Institute for Health Research (NIHR), has shown that, for women with a BMI between 35 and 40 who have given birth before and are otherwise healthy, planning birth in an alongside midwifery unit (AMU) can be just as safe as for women with a lower BMI.

AMUs (birth centres) are staffed by midwives and are situated in hospitals where there is also a consultant-led obstetric unit or labour ward. AMUs are recommended for healthy women with straightforward pregnancies because ‘low risk’ women who plan birth in a midwifery unit are less likely to have medical intervention during labour and birth, and outcomes for babies are no different.

Dr Rachel Rowe, Senior Health Services Researcher and NIHR Post Doctoral Fellow in the National Perinatal Epidemiology Unit (NPEU) at the University of Oxford, and lead author of the study, said: ‘UK clinical guidelines currently recommend that women with a BMI over 35 should plan to give birth in an obstetric unit, rather than in a midwifery unit, to reduce the risks associated with obesity. Our study shows that women with a BMI between 35 and 40, who have had a baby before, and are otherwise healthy can safely plan birth in an AMU.’

Finding ways to improve care and outcomes for obese women is essential because obesity in pregnancy is increasing across the world; maternal obesity is a risk factor for a range of complications of pregnancy, labour and birth, and places additional burden on health services.

Working with a network of midwives in AMUs across the UK, as part of the UK Midwifery Study System (UKMidSS), researchers at the NPEU identified and collected information about all 1,122 severely obese pregnant women (with a BMI over 35kg/m2) who received labour care in AMUs, and 1,949 comparison women with a lower BMI who were looked after in the same units.

For women who had given birth before, the study found no evidence of significantly increased risks associated with planning birth in an AMU for women with a BMI between 35 and 40, compared with women with a lower BMI. However, women with a BMI over 35 who were having their first baby had an increased chance of needing an urgent Caesarean section, or having severe bleeding after the birth.

Overall, the chances of women with a BMI over 35 giving birth by Caesarean section were low (5% for women who had given birth before and 14% for women having a first baby, compared with 4% and 8% respectively for women with a lower BMI in the same units).

Professor Jenny Kurinczuk, Director of the National Perinatal Epidemiology Unit at the Nuffield Department of Population Health said: ‘Women with a BMI over 35, and their midwives and doctors, now have more information about the risks and benefits of planning birth in a midwifery-led setting to help inform their decision-making.

‘Birth in a midwifery unit is not suitable for everyone, but planning birth in an AMU could reduce interventions and lead to better outcomes for women with a high BMI. Women who think they might be interested in this option should talk to their midwife or doctor and make a care plan which suits their own individual circumstances.’