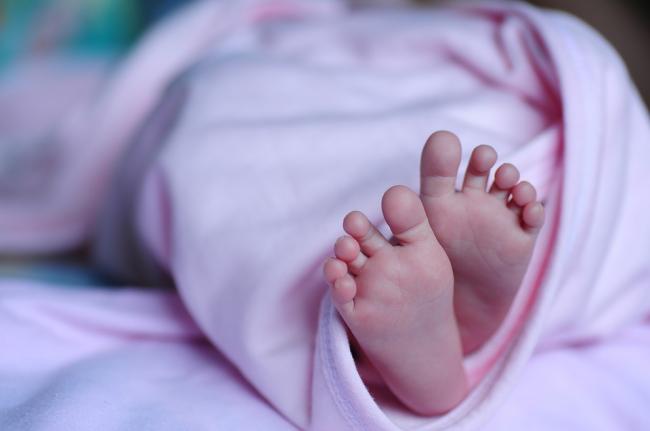 New York, Oct 13 (IBNS): Premature birth is the leading cause of infant death and disability in the U.S., and costs billions in dollars and heartache every year. Now, University of Connecticut researchers report in Reproductive Sciences a potential treatment that could stop many cases of premature labor and birth in their tracks.

UConn Health’s Christopher Nold, an obstetrician who practices maternal-fetal medicine at Hartford Hospital, and Anthony Vella, an immunologist, were curious about the immune system’s role in premature birth.

Most pregnancies last about 40 weeks. A baby born before 37 weeks may be too small to regulate body temperature or breathing, and suffer from brain bleeds or other organ troubles, as well as long-term impacts such as developmental delays and cognitive problems.

In this nation alone, about 337,000 babies were born prematurely in 2016. But in other mammals premature birth is quite rare, and usually happens only if there is an infection or inflammation.

The researchers knew that cytokines, small proteins that alert the body to infection and cause inflammation, had been found in the amniotic fluid of many women who gave birth prematurely.

That made them wonder. The fetus is different enough from its mother that the immune system ought to attack it, but something blocks that from happening during pregnancy. What if that protection stopped for some women, causing premature labor?

“There’s a lot of anti-inflammatory mechanisms that prevent the fetus from being rejected. So we thought maybe dangerous inflammation, that can break down the tolerance barrier, could mediate the start-up of birth,” even – or especially – premature birth, says Vella.

So Nold and Vella took cells from the female reproductive tract and the amniotic fluid that surrounds fetuses in the womb, and exposed them to pieces of bacteria in the lab. As they expected, the cells produced lots of cytokines – the equivalent of shouting “hey, there’s an invader!”

But the cytokines weren’t primarily the inflammation-causing kind the researchers were expecting.

Instead, they saw much more granulocyte-macrophage colony-stimulating factor (GM-CSF) than they expected. GM-CSF is a kind of cytokine that causes cells to grow up quickly and become bacteria-eating macrophages. The population of macrophages in pregnant women does tend to ramp up right before the women give birth. But it’s unclear if that is directly connected to birth, or a side effect of another process.

Nold and Vella’s finding that GM-CSF is released in response to perceived bacterial infection is intriguing, because there’s already a drug available that blocks GM-CSF.

Treating pregnant mice with this drug sharply reduced preterm birth in mice that had been exposed to pieces of dangerous bacteria. If preventing premature births could be that straightforward, it would be a game changer. Nold and Vella have filed for a provisional patent on the technology.

But first the researchers need to figure out if GM-CSF is really what’s causing premature birth in women.

Nold has been collecting samples from women early in pregnancy to see if there’s anything detectable early on that could show who is at risk of giving birth prematurely. He and Vella would like to test those samples for GM-CSF, and see if GM-CSF levels early in pregnancy can give clues as to how early the pregnancies end.

“We’re hoping to do more immune mechanism studies in mice. And in the not-too-distant future, we hope to start looking at human studies,” Nold says. Hartford Hospital has already given them a small grant, and they are looking for more funding to pursue the research further.