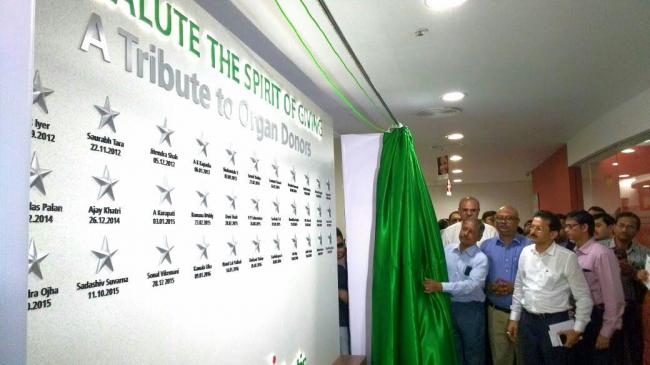 India Blooms News Service | | 12 Aug 2016, 02:22 pm
#Fortis Anandapur, #Organ donation, #Wall of Tribute
Kolkata, Aug 11 (IBNS): Fortis Healthcare Limited on Thursday dedicated a â€˜Wall of Tributeâ€™, at the hospital in the city's Anandapur area as a mark of respect to donors and their families who helped save lives almost lost.

The initiative was supported by the Fortis Organ Retrieval and Transplant (FORT).

The wall mentions the names of the donors along with the dates when their organs were donated. This is the first of its kind initiative by Fortis Healthcare to promote organ donation in the country.

The hospital took this opportunity to pay homage and salute the families of the donors who laid  the stepping stones for cadaveric organ transplant in West Bengal. 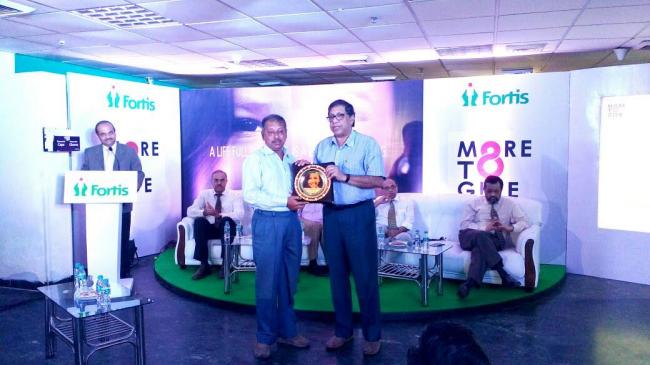 However, it is reported that since 2012, the rate of organ donation has improved. The rate is better among southern Indian states as against other Indian states.

Bhavdeep Singh, Chief Executive Officer (CEO), Fortis Healthcare Limited said: “This initiative is our humble tribute to the deceased as well as their families who have been so noble as to save the lives of stranger.’

"At Fortis, we will continue to contribute as much as we can by educating people and saving more and more lives. We hope this ‘Wall of Tribute’ inspires all, and reminds us that each one of us has more to give,” added Singh.

In order to increase awareness on organ donation, steps like inclusion of the topic in school, college and MBBS curriculum and sustained media campaign, involvement of spiritual leaders and inclusion of best practices in organ donation in the accreditation process for hospitals have been suggested at the national level. 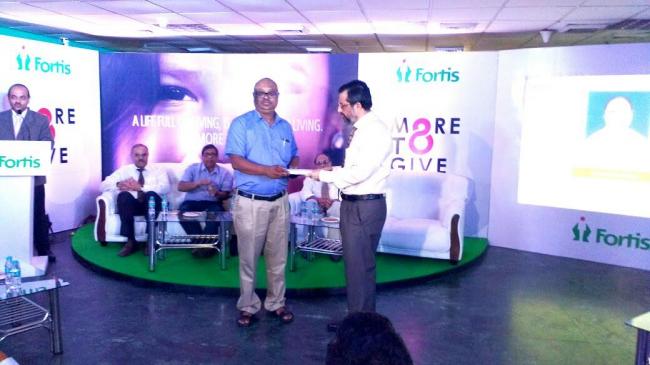 Other actions suggested at the state level include publication of relevant Government Orders to streamline the process of organ donation, availability of organ-pledging facility at the time of making driving license and computerized registry for potential organ recipients.

Recommendations at city level include launching awareness drives, sensitization of police for quick clearance in medico-legal donations and establishment of green corridors for rapid transportation of organs.

Hospitals should ensure that Declare All, Approach All policy is followed for patients with brain death and donor maintenance protocols is implemented by critical care teams.

Dr. Avnish Seth, Director, FORT, Fortis Organ Retrieval and Transplant said: “The organ donation rate in the country has increased 10-fold over the last 5 years from 0.05 per million population to 0.5 per million. People from all walks of life are increasingly saying yes to donation and we are truly humbled by their kind gesture every time.”

“The country needs to take up organ donation as a priority and we in the medical community have to take the lead,” he added.

Talking about the challenges that come in the way of a vibrant organ donation culture in the country, Samir Singh, Zonal Director, Fortis Healthcare Ltd (East), said: “Transplantations of organs have their own challenges – logistical, social as well as ethical. The number of patients waiting for organs far outnumbers the availability of organs.”

“Fortis Healthcare salutes the spirit of the families who have risen above these considerations for the noble cause and are hopeful that their example will encourage many others to explore possibilities of donation of organs of their brain-dead relative,” he added.

The demand for organ transplant has increases substantially in the recent past. This is largely due to improvement in post-transplant outcome in the medical science.

It is now an effective method to cure many terminally ill patients.

However, the rate of organ donation has remained a bone of contention that has failed to match huge demand from patients waiting for an organ transplant.

In India, less than 15,000 kidney transplants are carried out annually against an estimated requirement of over 2,20,000.

Similarly, only 2000 liver transplants are performed every year in a country where over 1,00,000 perish due to end-stage liver disease, mostly related to preventable causes such as hepatitis B and hepatitis C.