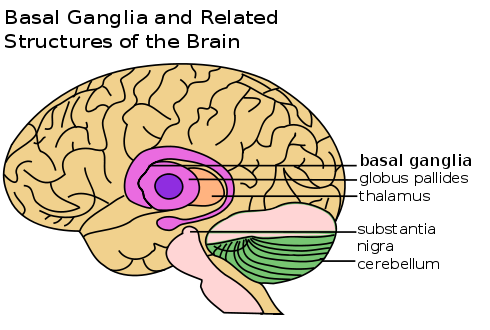 India Blooms News Service | | 21 Jun 2016, 08:55 pm
#Children, #Tourette syndrome
Athens, June 21 (IBNS) In a study published in Child Psychiatry and Human Development, University of Georgia researchers found that environmental responses to tics in a child with Tourette syndrome play a significant role in helping or hindering that child's ability to fight the urge to tic.

Anxiety and emotional distress also affect tics in an indirect manner, as parents or teachers will alter their child's environment by accommodating that anxiety—such as allowing the child to leave the room when ticking or not making a child with Tourette syndrome present in front of the class—rather than making children face their fears.

Rather than helping the child, this kind of accommodation actually can reinforce tics, said the study's lead author Cyd Eaton, a doctoral candidate in clinical psychology in UGA's Franklin College of Arts and Sciences.

What is helpful is getting the child to use a competing response to combat an oncoming tic, a component of comprehensive behavioral intervention for tics, said study co-author Anna Jones, also a doctoral candidate in clinical psychology.

"For example, if my tic is to shrug my shoulder, then a competing response may be to push the pressure down," Jones said. "It's really hard to shrug your shoulder when you're applying pressure, when you're pushing down."

The take-home message of the study, Eaton said, "is that the child's environment can make a big difference in how they are experiencing tics and having Tourette syndrome. That's really encouraging because families can really help their kids cope with having this disorder. And it just involves making small changes to their environment and how they interact with the child."

A common caricature of people living with Tourette syndrome is that they uncontrollably blurt out obscenities in inappropriate situations.

But it's much more likely that a person with the disorder will have involuntary physical movements or make noises rather than words, Jones said. She and Eaton wanted to explore what factors influenced tics and how those factors could be managed to help children with Tourette syndrome combat those urges.

Children with Tourette syndrome may find it difficult to control their tics, but it's not altogether impossible, she said.

Sometimes a person's tics are so mild people don't even notice them; others are harder to ignore, involving vocalizations like grunting, the researchers said. Either way, children often have a hard time fighting oncoming tics, or what Tourette syndrome researchers call a premonitory urge.

"I think the best way to explain a premonitory urge to someone that is less familiar with Tourette's is to talk about it like a sneeze," Jones explained. "You sneeze and then the feeling dissipates. That's similar to an individual prior to having a tic."

For their study, Eaton and Jones analyzed responses from the caregivers of 45 children with Tourette syndrome. They surveyed the caregivers on their child's behavioral and emotional functioning and level of anxiety problems, any accommodations or reactions made by the parent in response to tics, and the severity of the tics. All the children included in the study were attending a summer camp for kids with Tourette syndrome.

Thirty-two of the children were male, demonstrating the tendency for more males to suffer from the disorder than females, Eaton said.

One lesser-known characteristic about Tourette syndrome is that the disorder frequently comes with some other kind of psychiatric condition, such as obsessive-compulsive disorder, anxiety disorders or attention deficit hyperactivity disorder, she explained. Because of these additional psychological disorders, Eaton expected to find that anxiety and emotional problems would compound children's tics, but environmental factors ended up driving the relationship with tic severity.

"I think that's really encouraging for us as behavioral health specialists treating this disorder because it shows that there's a lot that you can change," Eaton said. "It's easier to change the environment. So it's showing that if we teach parents to remind their child to use a competing response or to not let them escape a situation just because they're ticking, that can actually help augment the effects perhaps of comprehensive behavioral intervention for tics and help kids have more control over their tics."