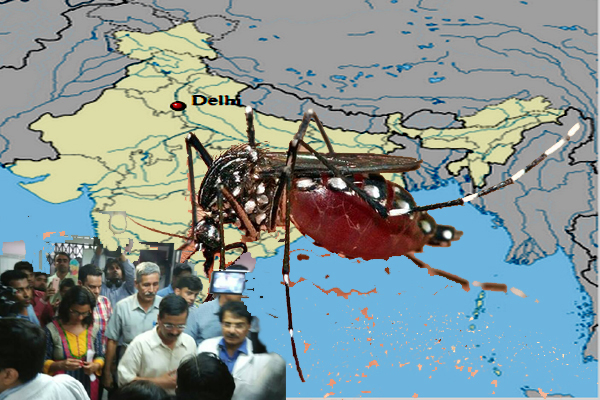 India Blooms News Service | | 17 Sep 2015, 10:19 am
#Dengue, # Delhi dengue, # Delhi, # dengue deaths
New Delhi, Sept 17 (IBNS) Three more persons have died of dengue in Delhi taking the toll to 14 in what has hit the capital as the worst outbreak of the disease in five years.

According to reports a 41-year-old woman and two boys of  14 and seven died of dengue on Wednesday.

Reports said government-run hospitals are overflowing with dengue patients. They have been ordered t increase beds by 1,000 by Sunday.

After two boys who were allegedly denied beds died last week, the government has warned private hospitals that they could lose their licence for turning patients away.