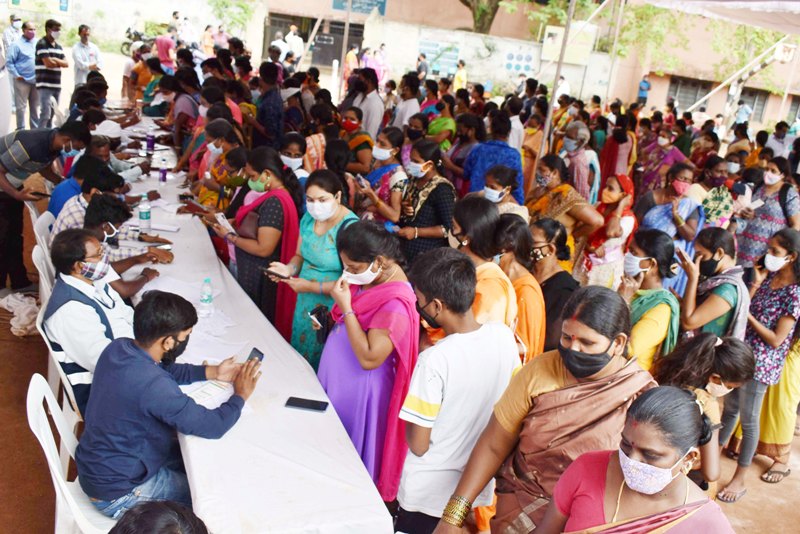 Centre plans to mark 100 crore doses of vaccination with announcements on flights, trains

New Delhi/IBNS: As India crosses the landmark of one billion or 100 crore vaccine doses being administered on citizens, the Centre plans to celebrate the milestone with announcements at railway stations, flights and tricolour hoisting at the Red Fort, media reports said.

"There will be announcement at every railway station, in trains, planes and ships across the country and national flag will also be raised at the North and South Block in the national capital," NDTV reported quoting sources.

As per the sources of NDTV, the milestone will be crossed in a few days with some 75 percent of those eligible have already been administered one shot.

According to the CoWIN dashboard, 97 crore doses have been administered so far.

The government has also laid out a plan to showcase the milestone as a major achievement in its combat against COVID-19.

The Bharatiya Janata Party (BJP) has asked its ministers, MPs and MLAs, and national and state functionaries to attend events in pockets across the country, NDTV quoting sources in the party have said.