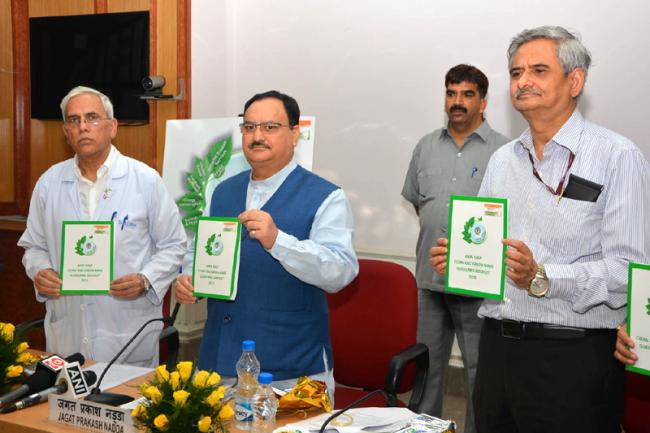 Addressing the gathering at the launch function, the Health Minister stated: “We have launched the Kayakalp initiative in the Central Health Institutions across the country where they will compete on various laid down parameters for cleanliness, housekeeping, infection free protocols etc., under seven different heads. Winner of the first prize will be awarded RS. 5 cr, while the second and third winner shall be awarded Rs. 3 cr and Rs.1 cr respectively.”

The Health Minister said, “Swachch Bharat will lead to Swastha Bharat, and one way to achieve that is to work towards clean and hygienic hospitals.”

Given the high number of footfall at the hospital premises every day, and considering that nearly 33 lakh patient and their attendants visited AIIMS last year, Nadda said that it was indeed a challenge to keep the premises clean and hygienic.

“Keeping any institution such as AIIMS clean on a daily basis is a herculean task and needs the cooperation and partnership of various stakeholders including those visiting it”, the Minister noted.

"We can also involve NGOs in this effort," he stated.

The Health Minister commended the Energy conservation initiative at AIIMS being taken up with the support of the Japan Government.

He also suggested to have an environment audit conducted in order to assess the benefits from the efforts being made.