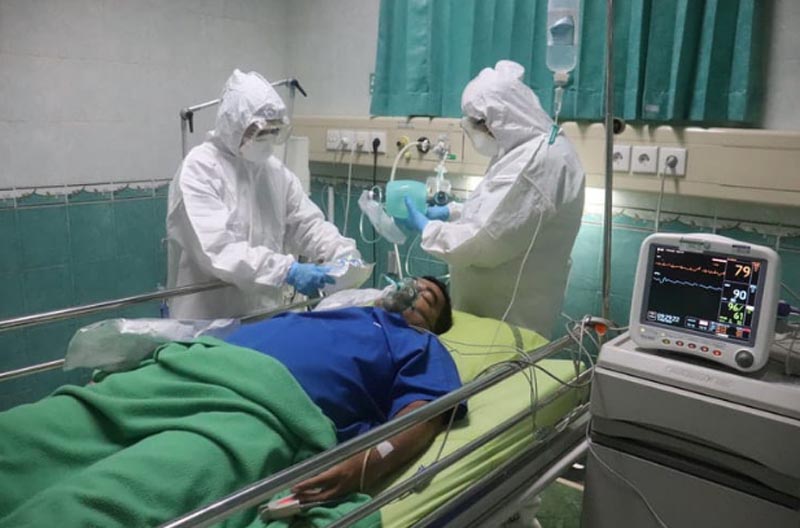 Pakistan continues to struggle against COVID-19, 40 deaths reported in past 24 hours

Islamabad: Pakistan is nce again struggling to keep COVID-19 under control as 40 people died due to the virus in the past 24 hours.

The country recorded  4,858 new cases in the past one day.

According to the National Command and Operation Centre's statistics, 56,414 COVID-19  tests were conducted across the country in the last 24 hours, of which 4,858 were confirmed to be positive, reports Geo News.

According to the official portal, the rate of positive cases in the country is 8.61%, which is the highest positivity rate since May 17, the Pakistani news channel reported.

Pakistan has been struggling against the disease ever since the first case was registered.