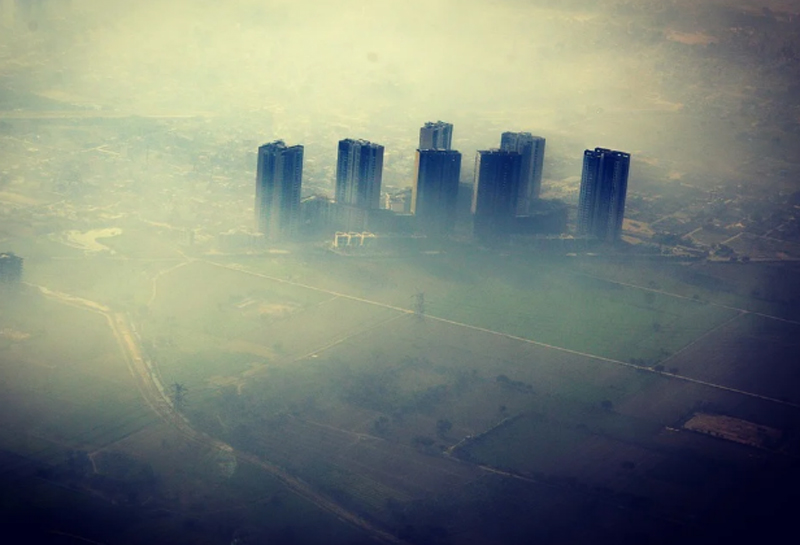 New Delhi/UNI:) National capital New Delhi's air quality again started deteriorating and was measured under 'poor' category with an average AQI of 255 at around 1400 hours.

A couple of days ago the AQI had improved with rain and improved wind speed bringing relief to Delhiites, however, once again the air has started to become dense with decrease in the minimum temperature and wind speed .

The minimum temperature was recorded at 8.5 degrees C, four points below season's average while relative humidity pegged at 88 per cent making it difficult for dispersion of the particulate matter.

Air quality in the cities adjacent to Delhi was comparatively better than the capital.

The weatherman has forecast mist in the morning for Sunday and minimum temperature likely to hover around 7 degrees C.