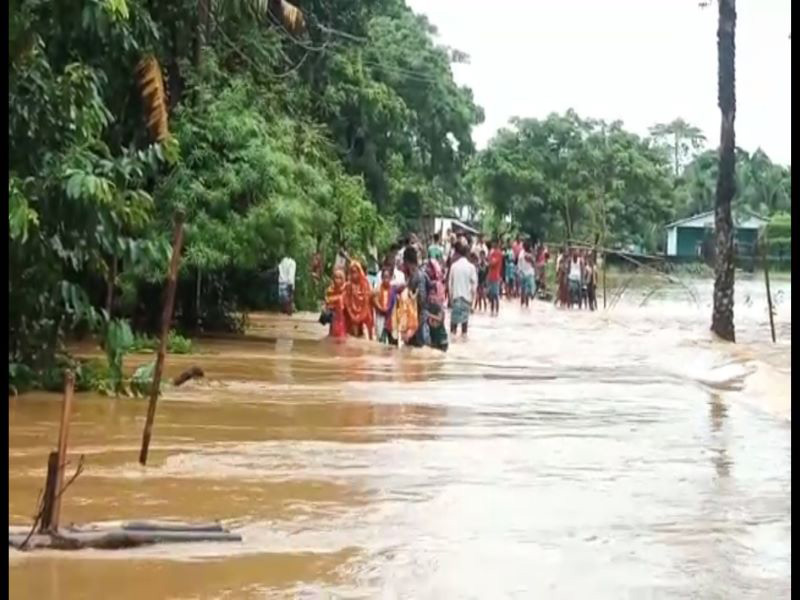 Guwahati/IBNS: The flood situation in Assam is still grim as nearly 3.20 lakh people of 13 districts of the state have been affected by the third wave of flood this year.

The fresh wave of flood has claimed two lives in the past 72 hours.

A person drowned in flood waters at Raha area in Nagaon district on Monday.

The flood waters have submerged 13,463 hectares of agricultural land of 389 villages.

Several relief camps have been set up by the administration in the flood affected districts and many people have been forced to take shelter on roads and higher lands.

Owing to rise of the water level of Brahmaputra river in Guwahati, the Kamrup (Metro) district administration has suspended the plying of all types of boats, ferry services in the district from Monday till further orders.