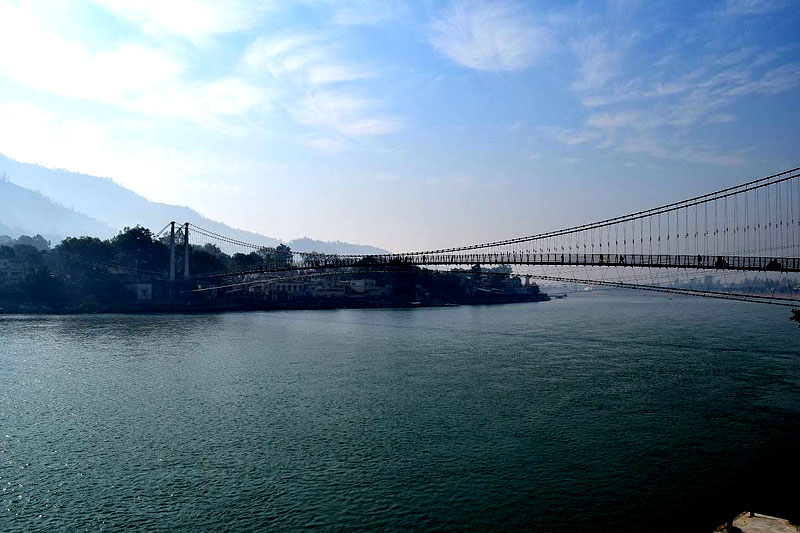 New Delhi/IBNS: While many have been pointing out the improvement in the air quality of cities during the pandemic induced lockdown, the water quality of the rivers have not shown any noticeable improvement, according to the Centre for Science and Environment (CSE).

“Evidence suggests that the pandemic-induced lockdown did not make any substantive difference to the water quality of rivers with respect to their biological load, as domestic wastewater still found its way into the rivers,” said Sunita Narain, director general, CSE at a recent high-level virtual meeting, which discussed on how to achieve city-wide sanitation for making rivers pollution-free.

“It is clear that without sustainable city-wide sanitation for all, it is impossible to clean our rivers,” said Narain.
The meeting – titled ‘Mainstreaming Faecal Sludge and Septage Management in Ganga Basin’-- was co-hosted by CSE and the National Mission for Clean Ganga (NMCG).

Over 300 participants attended the meeting, including chief secretaries and members of state pollution control boards of all states and key officials of NMCG and SMCG.

Said Rajiv Ranjan Mishra, who moderated the proceedings, “No solution can be called the complete solution -- to achieve city-wide sanitation, we must complement the existing capacity of sewage treatment with faecal sludge management practices, which will not only help in containing indiscriminate discharge of faecal sludge in the neighbourhood but also contribute to pollution abatement of our water bodies.”

It is time to scale up the pilot initiatives across the country, said Mishra.

Upendra Prasad Singh said it was important to implement effective on-ground work towards septage management by various states in tandem with the national guidelines.

“It is critical to explore alternative solutions to address the challenges in sewerage management,” he said.

Talking about the initiatives undertaken by the government of Odisha, G Mathi Vathanan pointed out that compared to a centralised sewerage system, implementing Faecal Sludge and Septage Management (FSSM) was not only economical but also less time-consuming.

According to Vathanan, the pollution load in rivers has reduced since the state’s 10 faecal sludge treatment plants became operational.

Most of these plants are being run and maintained by women’s self-help groups (SHGs) and transgender self-help groups; in fact, in one of the cities, members of SHGs are managing the whole sanitation chain from operating the public toilets and transporting faecal sludge to maintaining the Faecal Sludge Treatment Plants (FSTPs).

Narain and Suresh Rohilla, who put forth CSE’s observations and experiences on the subject, explained how the SFD (Shit Flow Diagram) tool -- which helps in mapping the flow of excreta throughout a city– works.

CSE has joined hands with government agencies to promote SFDs as a viable initiative, and the first two phases of this promotion exercise have brought forth promising results, according to CSE.

Introducing the third phase of the programme, Rohilla said, “In Phase III, the NMCG will be the core partner of CSE in scaling up the use of SFDs for better planning, advocacy and monitoring progress of sanitation in cities.”

The third phase of the SFD programme was virtually launched on this occasion.