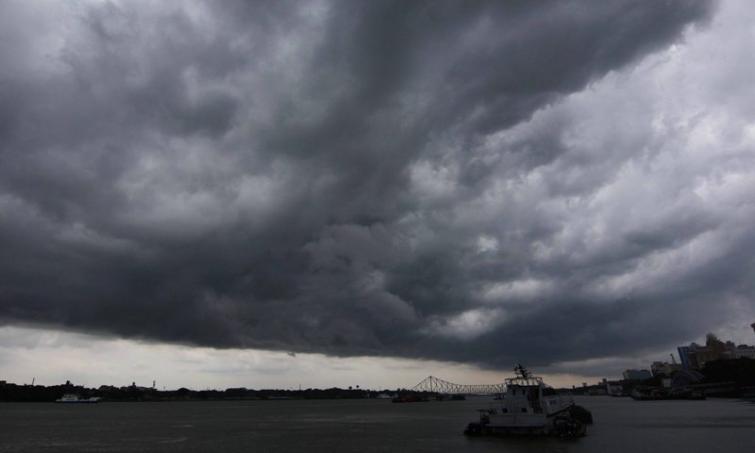 Experts have warned the cyclone can cause severe damage in the region.

As per its latest bulletin, India weather officials said the cyclone will cross West Bengal and Bangladesh coasts between Digha (West Bengal) and Hatiya Islands (Bangladesh) close to Sundarbans in between afternoon and evening.

It might cross the region with a maximum sustained wind speed of 155-165 kmph gusting to 185 kmph, met officials said.

It is currently located 240 kms south of Digha.

Interestingly, Amphan is the second "super cyclone" that has formed in the northeastern Indian Ocean, reports said.

"After the 1999 Odisha cyclone, Amphan is the most intense and the first super cyclone," IMD chief Mrutyunjay Mohapatra said.

"We are dealing with a multi-hazard scenario. Devastating winds are likely to cause extensive damage," the IMD chief maintained.

IMD said: "Coastal districts of Gangetic West Bengal (East Medinipur, South & North 24 Parganas) are likely to experience light to moderate rainfall at many places commencing from today, the 19th May evening.Rainfall intensity is likely to increase gradually and become maximum on 20thMay."

IMD warned that gale wind speed reaching 155 to 165 kmph, gusting to 185 kmph, might be experienced along and off east Medinipur and north and south 24 Parganas districts and 110-120 kmph gusting to 130 kmph over Kolkata, Hoogli, Howrah and West Medinipur Districts of West Bengal during the time of landfall (20th afternoon to night).

Met officials have warned that the storm might cause heavy damages in East Medinipur, south and north 24 Parganas, Howrah, Hoogly, Kolkata districts of West Bengal.

Speaking on the post-landfall scenario, IMD said, "After the landfall the system is very likely to continue to move north-northeastwards, across Gangetic West Bengal & Bangladesh and weaken gradually. It is likely to maintain the intensity of Cyclonic Storm till the morning of 21st May and thereafter it will weaken into a Deep Depression over Bangladesh."

Neighboring Bangladesh, the nation which has been hit by several cyclonic storms in the past, is also gearing up for the cyclonic storm Amphan.

The Bangladesh Meteorological Department has asked Mongla and Payra ports to hoist great danger signal No. 10 as the very severe cyclonic storm reached within 390 km of the country’s coastline, reports bdnews24.

The Met Office has raised the cyclone warning to great danger signal 10 for Mongla and Payra ports and kept it unchanged at No. 6 for Chattogram and Cox`s Bazar, meteorologist Abdul Hamid told the news portal.

Bangladesh and India are gearing up to fight the storm at a time when the nations are witnessing a spike in COVID-19 cases.

India witnessed yet another day of spike in the number of COVID-19 cases as the number of infected patients in the country now stands at 106750.

Meanwhile, the death toll due to the highly infectious viral disease has now reached 3303.

Bangladesh is also witnessing a rise in the COVID-19 cases. With the number of infected cases now stands at 25,121, the death toll due to the highly infectious disease in Bangladesh is 370.