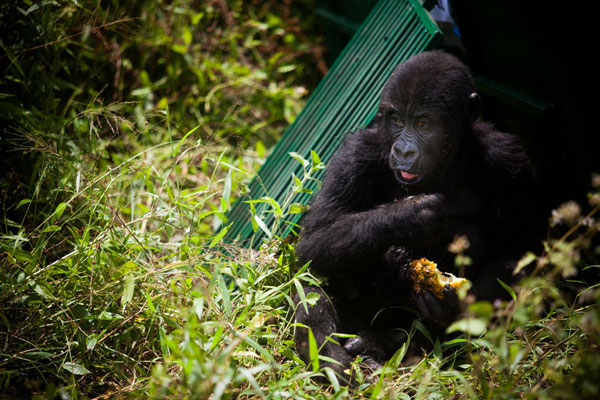 On International Day, UN urges protection of environment from ravages of war

India Blooms News Service | | 07 Nov 2014, 01:36 pm
#On International Day
New York, Nov 7 (IBNS) From the contamination of land to the plundering of natural resources, the environment has long been a â€œsilent casualtyâ€ of war, United Nations Secretary-GeneralBan Ki-moon affirmed on Thursday as he warned that the fast-changing dynamic of contemporary conflict required steadfast solutions for future peacebuilding and sustainable development.

“Armed conflicts are becoming ever more complex, and require solutions that address the root causes,”  Ban said in his message marking the International Day for Preventing the Exploitation of the Environment in War and Armed Conflict.

“Issues of poverty, vulnerability to climate shocks, ethnic marginalization and the transparent, sustainable and equitable management of natural resources must be considered within and alongside peace agreements if we are to build more resilient and prosperous societies.”

Established by the UN General Assembly in 2001, the International Day was created to spotlight the tenuous link between global and regional conflicts and the environment.

According to the UN Environment Programme (UNEP), at least 40 per cent of all internal conflicts of the past 60 years have been linked to the exploitation of natural resources, whether high-value resources such as timber, diamonds, gold and oil, or scarce resources such as fertile land and water.

In Somalia, for example, it is estimated that the illegal trade in charcoal represents annual revenues of up to $384 million for insurgents and terrorist groups. Moreover, conflicts involving natural resources have also been found to be twice as likely to relapse into violence.

In his message for the Day, the Secretary-General's Special Representative for the Democratic Republic of the Congo (DRC), Martin Kobler, acknowledged that the exploitation of natural resources had, in large part, fuelled the extensive conflict that has ravaged the African country and taken millions of lives. It is widely suspected that the extraction of minerals in the DRC – ranging from coltan and cassiterite, which are found in electronic consumer goods, to gold – has been used to finance the roving bands of militants that have terrorized the country.

As head of the UN stabilizations mission in the DRC, known by the French acronym MONUSCO,  Kobler declared it “fundamental” that all stakeholders in the country protect the environment in time of war and establish a system for the good governance of natural resources, adding that future generations would be “grateful for our efforts towards preserving the beauty and richness of the environment in this beautiful country.”

For his part, the Secretary-General called on the international community to reaffirm its commitment to protecting the environment from the impacts of war and preventing future conflicts over natural resources, particularly as nations begin to formulate the upcoming post-2015 sustainable development agenda.

“We must use all of the tools at our disposal, from dialogue and mediation to preventive diplomacy, to keep the unsustainable exploitation of natural resources from fuelling and financing armed conflict and destabilizing the fragile foundations of peace,”  Ban concluded.

“Let us develop solutions that meaningfully involve local communities and build on our collective knowledge to advance good stewardship of the environment as an integral part of peacebuilding and sustainable development.”

Against such a backdrop, UNEP has used the opportunity provided by the Day to jointly create a websiteproviding users with free access to dozens of case studies as well as teaching and training materials on the role of natural resources in peacebuilding. Since its launch in 2013, the website has served as a global platform for sharing information, experiences and learning on the links between natural resources, conflict and peace.

The contents of the site were produced as part of a broad collaboration led by Environmental Law Institute (ELI), UNEP, McGill University and the University of Tokyo, together with 225 researchers and practitioners around the world. Six books including 150 case studies and other analyses examining experiences from 60 conflict-affected countries and territories are being released to the platform, with 76 case studies already available online.

An orphaned gorilla released in its new habitat, in eastern Democratic Republic of Congo. Healthy gorilla populations are becoming increasingly isolated due to habitat loss and conflict across the region. Photo: UNEP/GRID-Arendal/Tim Freccia