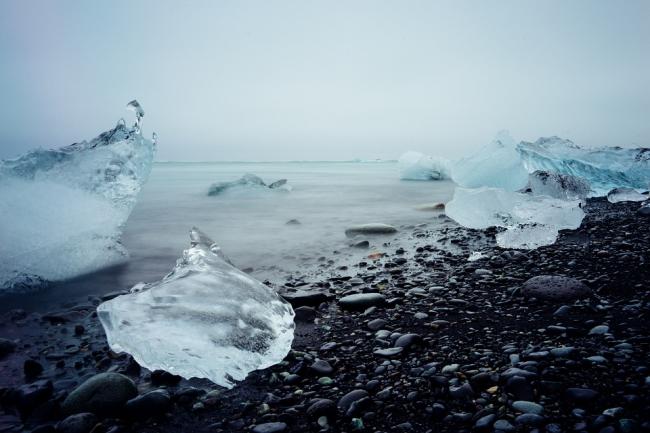 New York, Oct 22 (IBNS): A new study involving scientists from the University of Aberdeen has revealed that river networks bordering the Arctic Circle are responsible for a far higher level of carbon emissions than previously believed.

Scientists have analysed peatland river networks in western Siberia and found that emissions are high in areas where permafrost soil – which store vast amounts of frozen carbon – is actively thawing.

Permafrost soils play an important role in regulating Earth’s climate, but as it degrades frozen carbon can end up in streams and rivers where it is processed and emitted as greenhouse gases directly into the atmosphere.

Western Siberia is home to the world’s largest store of permafrost carbon, and the study area - which is approximately 350,000 square miles - contains 15 per cent of the carbon stores in northern peatland (boreal and sub-arctic) areas.

It is also home to the Arctic’s largest watershed drained by the Ob River – the seventh longest river in the world and part of a vast network of streams and waterways that scientists have analysed.

Chris Soulsby, Professor of Hydrology at the University of Aberdeen, was among the team of international researchers behind the NERC-funded study, which was published in Nature Geoscience.

He said: “Measuring carbon emissions from permafrost-affected areas is important to help us understand the role such areas play in the global carbon cycle, and in helping predict the impact of a changing climate on the Arctic.


“What is surprising about our results is that the level of carbon emissions coming directly from river surfaces is much bigger than we previously thought for this type of environment.“This is particularly important in western Siberia, where vast amounts of frozen carbon are stored, and where the river network covers a vast area.

“Up until now there has been very little data from rivers of this size, so this study sounds a warning in terms of the importance of these northern river peatland environments in accurately measuring carbon emissions.

“As permafrost continues to thaw, the level of carbon emitted from the Ob River and its surrounding network is likely to maintain its high level.  Therefore it is vital that we continue to closely monitor these river environments close to the Arctic Circle.”

Svetlana Serikova, a doctoral research student from Umeå University in Sweden and lead author of the paper, added: “The large-scale changes that take place in the Arctic due to warming exert a strong influence on the climate system and have far-reaching consequences for the rest of the world.

“That is why it is important we focus on capturing how climate warming affects the Arctic now before these dramatic changes happen.”