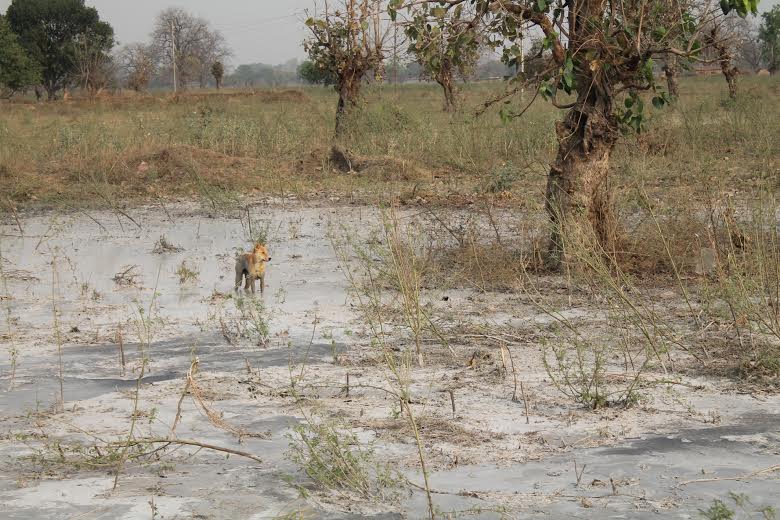 This is the second instance in a matter of a few months.
In September last year, Madhya Pradesh Pollution Control Board’s (MPPCB) regional office in Singrauli reported that large quantities of fly ash was flowing from the plant into the Garha stream and surrounding areas.
In January, this year, MPPCB had ordered the plant to be shut down because of this overflow. But the company managed to restart operations soon without putting any safeguards in place, Greenpeace noted.
“Fly ash from the coal power plants has been a perennial problem for the residents of Singrauli. And the recent leakage of toxic fly ash from the Essar Power Plant in Mahan is simply unacceptable. Fly ash contains harmful heavy metals such as, mercury, arsenic and lead that can cause direct harm to the health of the people and the environment,” said Aishwarya Madineni, campaigner with Greenpeace India.

Fly ash is an end product produced from the burning of coal and when it is released in to the atmosphere, it contaminates both water and air. Large open spaces located amidst the villages known as ash ponds act as designated dumping yards, posing a direct threat to the lives of the people.

“Spilling of fly ash laden water is the worst form of water pollution. With the breaking of the fly ash dyke, water can also seep into the ground water system, rendering the water in wells and other water sources absolutely unfit for consumption. This way they enter into our food chain,” said Shripad Dharmadhikary, founder of Manthan Adhyayan Kendra.
Recent reports highlighted mercury poisoning in the region.  Both fish and human blood samples were found to have high levels of mercury in it. Mercury is a heavy metal associated with neurotoxicity and it is one of the major components that constitute fly ash.

While Essar’s new ash dyke is still under construction, Dharmadhikary points out that “to prevent such spills, the fly ash dykes have been directed to be lined properly. Unfortunately power plants seldom comply with this rule.”

Apart from heavy metals, fly ash is also suspected to have radioactive properties, which can cause genetic mutations. This precarious disposal of fly ash endangers the lives and livelihoods of all people living in the region.
“The Expert Appraisal Committee (EAC) of the Ministry of Environment and Forests (MoEF) has expressed strong reservations against the utilisation of fly ash because of the heavy metals and radioactive elements,” said Dharmadhikary.

Coal ash is disposed off in two ways. One is through dry disposal, wherein ash is deposited in ash mounds. The second is wet disposal, where ash is mixed with water to make slurry which is disposed of in so-called ash ponds.
“Both the methods have their own share of risks, with dry ash polluting air, and ash ponds contaminating water steams. There are ways in which, fly ash is ‘utilised’ in agriculture, filling low lying land areas, mine voids, or manufacturing fly ash cement and bricks. But the risk that the heavy metals and radioactive elements pose cannot be mitigated,” he explained.

In Singrauli, despite repeated complaints of the fly ash pollution from the residents and the local health officials, the government along with the profit-making companies have shown no interest to tackle the issue whatsoever, Greenpeace claimed.
It demanded that Essar should shut down all their activities until and unless it can ensure that adequate pollution control measures will be put in place and followed.
Related Images