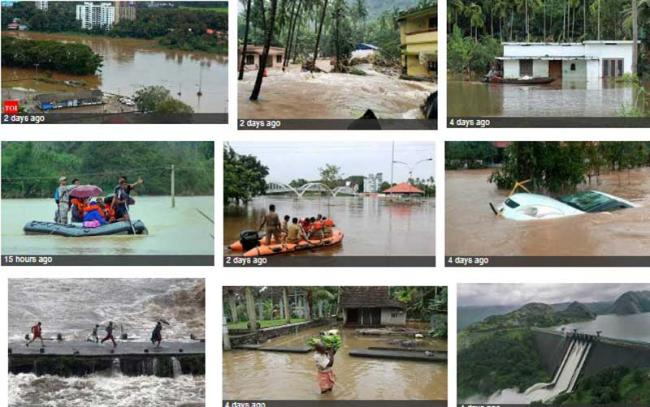 Kochi, Aug 15 (IBNS) : Suspension of air services in Kerala's Kochi airport has been extended till Saturday afternoon as the runways and the  parking area were flooded with a vast part of the state ravaged by incessant rain and release of excess water from the dams, reports said.

The decision to suspend the operations was taken after all the shutters of two dams of the Idukki water reservoir were reopened last evening to release excess water.

The meteorological office said the rain, pounding the state for more than a week is likely to continue till Saturday. Train services in several sections have been badly affected.  A red alert has been sounded in several districts of the state for Wednesday and Thursday.

Altogether 42 people have so far died in different parts of the state in flood-related incidents, including landslides, triggered by heavy rain. The state Government has cancelled all programmes for the Onam festival because of the calamity Kerala has not witnessed in many decades.

Hundreds of people living on the banks of Periyar river were shifted before the gates were opened.Tourists have been asked to stay away from the popular hill station of Munnar in Idukki district, which remained flooded on Tuesday