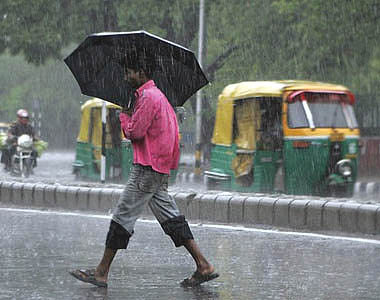 Monson to hit Kerala on May 29: IMD predicts

"The southwest monsoon is expected to set in over Kerala on 29th May 2018 with a model error of ± 4 days," read a statement issued by the government.

The southwest monsoon advances over the Andaman Sea normally around 20th May with a standard deviation of about one week.

"Conditions are likely to become favorable for the advance of southwest monsoon into some parts of Andaman Sea and southeast Bay of Bengal around 23rd May 2018," IMD said.

Monsoon had set in India on May 30 last year.