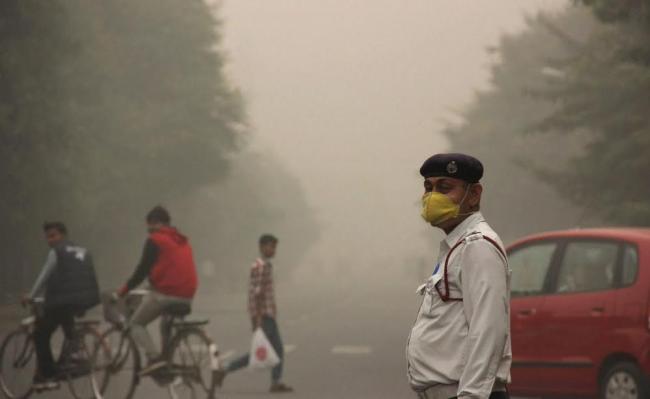 Lauding the apex court's decision delivered on Friday, Greenpeace India emphasized that air pollution is not restricted to Delhi and the National Capital Region, and therefore the Central government must implement a similar system at the national level as well.


“The graded response system in Delhi is a very important milestone indeed, but we still have miles to go in order to let the country breathe,” said Sunil Dahiya, campaigner, Greenpeace India.

“The lessons learnt from Delhi must be implemented in areas around the Indo-Gangetic Plains and entire India, which have equally deplorable air quality due to particulate matter from coal, oil and biomass,” added Dahiya.

The Delhi-NCR plan calls for several measures that must be implemented immediately and permanently, according to Greenpeace India.

“These measures --which include, higher parking charges, greater investment in public transport and pollution free mobility, measures to stop garbage burning and strict enforcement of PUC norms as well as emission standards for power plants and industries -- need to be in force all year-round. Once pollution levels become critical, it is too late: pollution levels take days to build up and implementing the measures introduces more delay. No country has solved its air pollution problems by tying enforcement of standards to wind conditions only," said Dahiya.

But Greenpeace India is concerned that the plan doesn’t include other thermal power plants in the region apart from the Badarpur power plant.

“An IIT Kanpur study mentioned that 13 thermal power plants within a 300 kilometer-radius of Delhi need to be regulated to see significant improvements in air quality in Delhi. So it’s important that the the emergency measures also include directions to shut down those power plants, along with Badarpur,” Dahiya explained.

Besides this, the central government’s indication of easing deadlines for thermal power plants for implementing the new emission limits is also disturbing, according to the organisation.

“The proposed new thermal power plant standards must come into force as soon as possible. Plant operators will only be able to reduce pollution load significantly if the pollution control devices are installed without any further delay. Any further delay will cost the lives of thousands of Indians. The government must resist any pressure to delay implementation of new fuel standards as well,” Dahiya said.

Greenpeace India calls for a comprehensive and systematic national action plan. “This is the need of the hour. Safeguarding the nation against a public health emergency like air pollution doesn’t call for any delays,” he concluded.