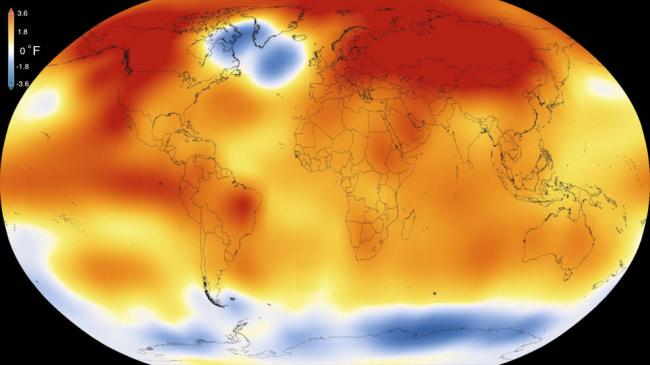 For 11th straight month, the globe was record warm: NOAA

India Blooms News Service | | 20 Apr 2016, 09:19 am
#NOAA, # NOAA global warm record, # March warm record
Washington, Apr 20 (Just Earth News/IBNS): At the risk of sounding like a broken record, March set another heat record for the globe. As Earth continues to warm and is influenced by phenomena such as El NiÃ±o, global temperature records are piling up, the US National Oceanic and Atmospheric Administration (NOAA) has said.

For 2016 year to date (January-March), the average temperature for the globe was 2.07 degrees F above the 20th-century average, according to scientists from NOAA’s National Centers for Environmental Information, read the NOAA website.

For March, the average temperature for the globe was 2.20 degrees F above the 20th century average.

This was not only the highest for the month of March in the 1880-2016 record, but also the highest monthly temperature departure among all months on record, surpassing the previous all-time record set last month by 0.02 degrees F. March also marked the 11th consecutive month a monthly global temperature record has been broken, and is the longest such streak in NOAA’s 137-year climate record.